One day a month, MSD's Paul Robinson helps to make decisions that affect tens of thousands of patients. He sits on one of NICE's Technology Appraisal Committees, a group of 15-20 healthcare professionals, NHS managers and patient representatives who decide which drugs the NHS in England will pay for and which it won't

When I tell people that I sit on a NICE committee but also work for a pharma company, eyebrows sometimes shoot up," says Paul, executive director, scientific medical and patient perspective at Merck Sharp and Dohme. "But what I believe I bring to the table is my deep understanding of the drug development process. Other committee members will often ask, why did they choose that comparator or why was there such a high rate of loss to follow up, and I can ask the submitting company the right questions and then explain why they took those decisions."

Paul's path to NICE has been a long and interesting one. "I worked in the NHS for eight years in a role that involved a lot of clinical trial work and I really enjoyed that environment, mostly because of the two-way relationship you have with patients."

Staying in close contact with patients has been a fundamental drive, he says. "Throughout my career at MSD, I have continued to see NHS patients each week, and when patients call us or turn up unexpectedly at reception, I am often the person they speak to. I see the recent interest in the interface between patients and pharma companies as a really interesting trend, which is why I moved into a patient-focused role in what will probably be my last career move. Now, it is my job to focus on the patient, to get their voice into the company and to get the company to listen."

Seven years ago, an advertisement caught Paul's attention. "NICE was advertising for committee members; they want a mixture of skills around the table and so they advertise for people with specific backgrounds. This time they wanted someone who understood drug development."

Even though every member of the committee is an expert in their own field, it is unusual to have someone who happens to be a subject matter expert on the topic under discussion. "The big, important decisions that NICE committees make are made by generalists, not specialists," says Paul. "You have an incredibly diverse group around the table – hospital doctors and GPs, pharmacists and nurses, health economists and NHS managers, as well as the lay people who might have worked with a patient group or have represented patients on an ethics committee. It is an effective approach as it avoids pet subjects and ensures consistency."

Once a month, Paul is sent a packet of information, often in excess of 500 pages, and a date for the committee meeting. "By the time I make it to the meeting, I have read the papers and I am pretty sure how I'm going to vote. However, often I am persuaded by the arguments around the table. We have to come out of that meeting with a yes or a no, we can't sit on the fence and say we want more data or wish the drug was cheaper, we have to make a decision. When someone has a strong point of view and argues for it, you realise the issue is not as black and white as you thought. In the end you have to come out with a decision that everyone can defend."

While very often there is consensus among committee members and the decision is relatively easy, sometimes, opinions differ, he says. "If the overall population is small, or if the patients and doctors have made a convincing case and its only just above the QALY norms, difficult discussion follow. If it's a clear 'no', we might look to see if there are sub-groups in which we can agree it is cost effective, and we have 'end-of-life' criteria and 'innovation' that give some flexibility."

A trend over the seven years Paul has sat on the committee is the importance placed on patients, he says. "When I started, we would present efficacy data first, then the cost-effectiveness data, and only consider the impact on the patient at the end. About a year ago, we reversed the order so that the very first thing we do is talk about the disease and the impact on the patient. What's more, the voice of the patient has grown louder; their voice is physically present in the room, usually with an actual patient and someone from a patient organisation, plus we will receive submissions from patients that we always read."

The voice of the patient carries particular weight in a borderline decision. "If a drug is £100,000 per QALY then the decision is a clear 'no' and if it's £20,000 per QALY then it's normally a 'yes', but where the cost is in the high-normal range, then a patient describing the impact of that drug on their symptoms or their life can have a huge effect. It can make clinicians see the value of the drug over and above what's measured in the QALY. That said, patients do not always speak with one voice and you get multiple viewpoints, which again really adds to the discussions around the drug."

So, what does Paul get out of his NICE work? "It is hard work. We make big, difficult decisions, but I do enjoy it. I get a sense of giving back, a sense that I'm doing something for the NHS and are contributing to society. I also like the intellectual rigour. You're given paperwork on a subject about which you know almost nothing and within a few days are expected to have an intelligent discussion about it.

"Importantly, I believe pharma should have a partnership approach with NICE – having a confrontational approach with your purchaser is unhelpful. NICE has to make very difficult decisions and the best approach is to help them to make the right decision for the patient. NICE isn't always going to agree with everything that MSD does, for example, but at least they know me and trust me, so there's something to be gained for both me and the company in being part of the process rather than fighting against it or complaining about it." 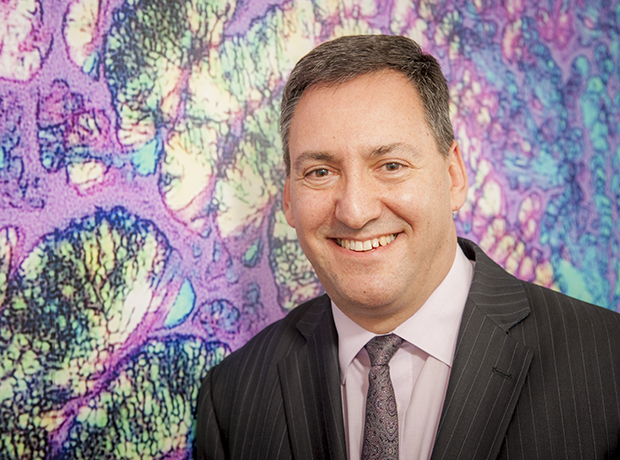 An insider's guide to a NICE committee meeting

"There are two main parts to our meetings," says Paul. "Part A is public and we do as much as we can in the open, including presentation of the efficacy and cost data. The company can indicate that certain things are confidential, in which case committee members have that information but it's blanked out on the screen, but we encourage companies strongly to keep this to an absolute minimum so allow the discussion to take place in full transparency. After that, the public leaves and the committee deliberates, making its decision in private.

"There is plenty of expertise available to us. We have two clinical experts to answer any technical questions about the disease and one or two patient representatives – either a patient with the disease or someone from a patient organisation – to answer questions about the experience of the condition or the therapy. Finally, there are two experts from the company who can answer questions on the data they have presented.

"I use my experience in drug development to aid discussions. Most of the people around the table don't understand the subtleties of the R&D process but I can ask detailed questions of the company to reassure the committee – or perhaps confirm their concerns. For example, recently we had a company that had gained approval for its very promising drug based on about 100 people in a phase II study with no control group, plus the company had no plans for a further trials or to collect real-world data. It was me – the guy from pharma – who questioned those plans and raised questions around the confidence of the data, and I'm sure other committee members wanted to ask the same questions but perhaps didn't know how to articulate it.

"With conflicts of interest, NICE has a really straightforward and clear policy. It is very easy for me to look at next month's agenda and say whether I can take part or not, plus I am asked before each meeting if I can participate and I make an annual declaration of all my interests. People may be surprised that a person who work for the industry can sit on a NICE committee but the conflict side is very well managed."