How the recent UK election could affect the NHS

The government’s position is fragile, which may make it hard to push through some of its plans for the NHS and long-term care.

Last month, the UK voted in a general election that was billed as the most important for a generation. Usually, the NHS is top of voter concerns, but this time was different. Although the NHS did figure heavily in party manifestos, in the newspapers it was overshadowed by the terrible events in London and Manchester, as well as Brexit. Moreover even the winners’ manifesto is now partially defunct: having lost the Conservative majority in parliament, Theresa May needs to rewrite plans to accommodate the Democratic Unionist Party (DUP). So what can we expect for the NHS under the current government?

Much of the Conservative manifesto promised more of the same for the NHS. There was a pledge to make more GPs offer evening and weekend surgeries, for example, a plan the government has already been pushing for years. A new GP contract and support for GP innovation are now supposed to help. The government will also push ahead with the existing Sustainability and Transformation Plans, which aim to make services more efficient.

At the same time, the government will try to pre-empt some of the NHS recruitment problems caused by Brexit by encouraging existing EU staff to stay, by supporting those returning to work, and by raising the National Living Wage, which will benefit the lowest-paid people in the healthcare sector. Unlike other parties, the Conservatives did not offer to scrap the public sector pay cap that has stopped wages for other NHS staff from rising in line with inflation. They will now be under pressure to do so anyway.

None of this should require new laws, though, which is an advantage for a government without a majority. The manifesto did promise a new Mental Health Treatment Bill to replace the 30-year-old Mental Health Act in an effort to establish ‘parity of esteem’. There was no mention of this in the Queen’s speech after the election, however, which means it has been delayed until next year at the earliest. The Queen did mention plans for a new patient safety bill, which will establish a new health safety body promised in the manifesto and seek to “instil greater public confidence” in the NHS.

The issue of funding may be a more vexed issue. The manifesto promised the NHS an extra £8 billion by 2020, including £1 billion for mental health. It also promised that NHS spending per head will rise in real terms every year of this government’s term of office (which should end in 2022). There was also a promise of more capital expenditure, which was one of the areas (along with public health and pharmaceutical budgets) that saw a real-terms cut in spending in the wake of the financial crisis. The strain still shows in both buildings and equipment, with some badly in need of an update.

However, Labour is likely to argue that £8 billion is far from enough, and others agree. In May, after the manifesto was launched, the independent Office for Budget Responsibility (OBR) estimated that it would still leave a budget gap of around £12 billion by 2020. The OBR also said that spending actually has to rise by more than 4 percent a year above inflation if it is to match demand and the cost of new technology. There was also cynicism about whether £8 billion really would be £8 billion. The British Medical Association, a doctor’s union, said it was all “smoke and mirrors” because it involved money that was already promised.

Now the election is over, the pressure on the government to ease back on austerity and raise NHS spending has increased even further. If there is room for manoeuvre, then the likelihood is that the reins will be loosened somewhat. Unfortunately, there are two additional factors that may limit the government’s ability to increase NHS funding. One is that the government will  allocate an additional £1 billion of funding to Northern Ireland as part of its deal with the DUP. The other is the still-uncertain effect of Brexit on the economy and therefore on the UK’s tax take.

The government is clearly hoping that the Brexit effect on tax revenues will be partially offset by its plans to cut tax rates from 20 percent to 17 percent, encouraging companies to stay in the UK and invest more. The Conservatives have also pledged to fill some of the gaps in the NHS budget by recovering the cost of treatment from non-UK residents, as well as increasing the health surcharge for immigrants to £600 for migrant workers and £450 for foreign students. Neither move would raise much, if any, money. Nevertheless, the government will be keen to raise NHS funding modestly, and others will be equally keen for it to keep its promises, at the very least.

That leaves one big issue for the new government, however: long-term and social care. This was by far the most controversial element of the Conservative manifesto, which proposed setting a means-test threshold for elderly care by taking into account the value of their houses down to the last £100,000. Critics quickly dubbed this a “dementia tax” because those who suffered years of frailty would leave far less to their heirs than those who died of a heart attack. Stung, May then promised to cap overall spending, but it did little to repair the damage.

Indeed, the whole issue became so toxic that the government will now probably want to bury the issue if it can. Its fragile position means it can ill-afford to draft legislation that is clearly going to be unpopular. Yet long-term care is too important to be ignored, not least because of the knock-on effects for the NHS. The government’s best bet, therefore, may be to seize on suggestions that it should seek cross-party consensus. Set up another commission, and it will either come up with a more popular solution, or ensure that nothing gets decided during this parliament at all.   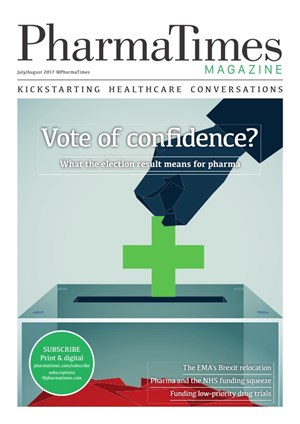