A bid to create the biggest single Clinical Commissioning Group (CCG) in England, by merging three CCGs in Birmingham and Solihull, was recently approved by the NHS. It follows a string of CCG mergers, and moves by other CCGs to share chief executives and boards, as the NHS continues to focus on larger-scale commissioning.

Some of the mergers have been entered into voluntarily to help cut costs and ultimately pave the way for the introduction of Accountable or Integrated Care System (ACS/ICS) models, which are planned to succeed Sustainability and Transformation Partnerships (STPs); while others have been enforced to replace failing CCGs.

In tandem with this, there have also been changes in the way that GP surgeries are run with many of them now working collaboratively in networks or hubs as outlined in the Next Steps on the Five Year Forward View, published last year. Some GP practices are also now being run by Trusts, rather than GPs.

In 2017, we saw a fundamental NHS reorganisation take place following the introduction of 44 place-based Sustainability and Transformation Partnerships (STPs), and a move towards new Accountable Care Systems (ACSs) in shadow form in 10 areas.
ICSs/ACSs will see budgets integrated and payment by results dismantled, with one provider or a group of providers responsible for all the healthcare needs of a defined population in order to improve outcomes and reduce costs, across a defined area.

CCG mergers will enable larger scale commissioning within STP areas and help to pave the way for the creation of ICSs/ACSs, since they will enable CCGs to manage population budgets more effectively by pooling resources. For example, if there is only one specialist nurse for a rare disease in one of the CCGs prior to the merger, this nurse can be deployed across a number of areas once the CCGs unite.

Working more collaboratively and cohesively is expected to enable CCGs to manage their finances better; although it will involve complex agreements between the parties, particularly in areas where successful CCGs have to take on the debts of failing ones. Controversially, it will also generate significant savings through a reduction in back office staff, with some areas being operated by a single commissioning team.

In total, NHS England has given the green light for 18 CCGs to merge to create six new organisations in April 2018.
GP surgeries join forces

In tandem with CCG mergers, GP practices are also being encouraged to combine forces and some are now working in ‘hubs’ or networks. This is because a combined patient population of at least 30,000-50,000 people enables staff to come together as a complete community – drawn from GP surgeries, community, mental health and acute Trusts, social care and the voluntary sector – to focus on local population needs and provide care closer to patients’ homes.

There are various routes to achieving this that are now underway and cover the majority of practices across England; they include federations, ‘super-surgeries’, NAPC’s primary care homes, and ‘multi-specialty community providers’. This collaborative working trend is set to continue in GP surgeries across England as STPs are being encouraged to facilitate it with financial incentives, such as extra staff and investments in premises.

One organisation that is working along the lines of a super partnership model is Principia Partners in Health vanguard in Nottinghamshire, through its PartnersHealth partnership of 12 practices covering 125,000 patients.

It has divided its GP practices into three locations, each with a population of around 40,000, in the north, centre and south of the county, and called them ‘Community Wards’. This allows practices to share increasing specialist support in the community, e.g. diabetes specialist nurses, and effectively increase management of care closer to home.

Interestingly, we are also seeing some GP practices being run by trusts rather than GPs. For example, the Royal Wolverhampton Trust recently took over the running of an eighth GP surgery as part of a vertical integration programme it began in 2016. Sunderland’s PACS vanguard also includes several GP practices run by the Trust.

The changing role of pharma

Pharma needs to keep abreast of the rapidly evolving models of NHS service delivery in different locations, as well as changes in prescribers. For example, nurses are becoming increasingly involved in prescribing, while some GPs are becoming less autonomous in this regard as a result of structural and management changes in primary care, and a desire for many newly qualified GPs to take on part time, salaried roles.

Increased financial and workforce pressures mean that care management is becoming more evidence-based and protocol driven. We are also seeing more ‘social prescribing’ with GPs referring patients to charities and other non-clinical organisations to help tackle problems such as obesity, depression and loneliness.

Delivering optimal patient journeys – like those already defined by NHS RightCare for various conditions – is key. Pharma needs to think across the whole pathway to define where its medicines fit, how they can save money and how they can be prescribed by different people.

With fewer decision points for prescribing, the days when pharma needed big sales forces have gone. So too has the simplistic approach of solely focusing on the benefits of a product and how it is priced against competitors.
Instead, pharma needs to focus on partnership working to enable it to become more embedded and integrated into the NHS. This style of working requires a high degree of resourcefulness, as well as curiosity, about what is happening within the NHS in specific locations.

For example, market access and sales staff can glean useful insights into local NHS developments by attending relevant board meetings, which they are legally allowed to do – since these meetings are open to the public – provided they do not discuss or promote their brand in any way. They could also undertake a high level of specialist training in their therapy area so that they can engage at a peer-to-peer level.

Some pharma companies have already recognised the need to truly immerse themselves in their therapy area. For example, one company has turned sales of a diabetes drug around in the south-west of England, thanks to this approach. Indeed, when the new account manager took over the patch, she amassed so much knowledge on the disease area that she was almost trained to the same level as a diabetic nurse in the process.

This unusually high level of knowledge enabled the account manager to truly understand how her products could add value to the care pathway in that locality, and to engage with NHS staff in a far more meaningful way. This made such a difference to sales that within two and a half years, that area of the country was transformed into the number one profit-making area for the company’s sales of that drug.

If pharma sales teams can integrate and operate at this kind of level within the NHS, then they are uniquely placed to support the NHS in developing optimal pathways. If their product is on formulary, then it stands a high chance of becoming integrated into a new pathway, provided the company can prove that it will offer real value.

The NHS is constantly evolving, and collaboration is the name of the game as financial and staffing pressures force CCGs and GP practices to work in new and innovative ways by pooling their resources, taking joint responsibility for finances and engaging with new partners to take a more holistic approach to disease prevention and management.

NHS budgets, which were once held in silos, are now being integrated in preparation for the eventual widespread adoption of the ACS/ICS model. This means that pharma can no longer view its products in isolation; it must work in partnership with the NHS to define how these products can help the NHS cut costs and add value across an entire care pathway.

This involves a new and resourceful approach that will see pharma representatives being willing and able to gather as much information as possible about how local NHS and social care providers are operating as well as becoming true experts in their own therapy area. The ability to work in this way and become truly immersed in the NHS could become one of the key capabilities by which pharma is judged in the future. 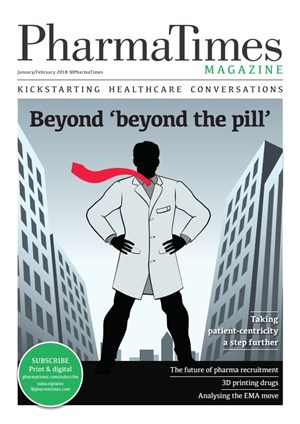