Derek Elston, trustee of the ITP Support Association, tells PharmaTimes about his experiences of being diagnosed and living with the rare bleeding disorder

How were you diagnosed with idiopathic thrombocytopenic purpura and what were your symptoms?

I was first diagnosed in 1993 with ITP after working in the Far East for 14 months. At the end I was fairly shattered both with the intensity of the work and commuting regularly. After about four weeks, I decided to visit the doctor. He took a sample of blood. This was followed by a frantic telephone call at midday. My platelet count was much lower than normal and he arranged for me to see the haematologist consultant at our local hospital. Normally the platelet count should be between 150 and 450, mine was ten!
After asking many questions and another blood sample, he concluded I had been infected with a virus and it had affected my autoimmune system. This he informed was called idiopathic (now immune) thrombocytopenic purpora or ITP for short, a non-malignant bleeding disorder.

I was showing other signs of the condition, severe bruising and fatigue. He informed me I would need to change my lifestyle. Not partake in any dangerous pursuits like skiing, football or rugby and be extremely careful not to fall over or bang my head. Any of these or other dangerous pastimes, could result in both internal bleeding or bleeding through trauma.

What treatment have you had?

The first line treatment was a course of steroids. After two-months, and putting on two stone in weight, no change. I was then offered a splenectomy, which I refused. I was then given various other medicines to try one after the other. Again, to no avail. Finally I was admitted for five days on a daily basis, to try immunoglobulin administered intravenously (IVIG). Within a matter of hours on the first day, my count had risen. At the end of the week’s course, it had risen to a normal level. I was cured!

Sadly not. Following this euphoria, I was required to attend on a monthly basis for a blood test. It became apparent that the count did not maintain its normality but gradually reduced over a six month period back to where it all started at ten.

There then followed seven years of treatment of regular infusions of IVIG. However, as time passed, the visits became more frequent until eventually I was attending one day a week for a regular infusion.

During this period, I suffered one spontaneous nosebleed which took over 16 hours to stop. This was frightening and partially due to a delay in obtaining platelets from the transfusion centre 40 miles away.

Having had IVIG for seven years, following a proposition by the leading haematologists in the USA and UK, I was given the opportunity to take no medication on a watch-and-see basis even at a level of ten. This lasted for a further 15 years unless required for surgical procedures in which case I was given IVIG. The monitoring was monthly to start, reducing to quarterly. I am now monitored on an annual basis. Toward the end of this 15-year period, I was becoming allergic to  the plasma.

In 2014 I needed heart bypass surgery. IVIG was not an option. I was offered a new TPO [Thrombopoietin] drug in tablet form. This worked almost immediately, and the count reached normal levels within a very short period of time. Following the surgery and removal from the TPO drug, my count reverted to its normal 10 but, the count has slowly risen ever since to the 80 mark.

How are you coping with the condition?

Whilst I displayed all the symptoms of ITP, I was extremely fortunate not to be affected by more severe symptoms associated with the condition. Many patients are subjected to bleeding both internally and externally, especially women. Often the severe cases are unresponsive to a single medication and may dictate a combination of drugs to try to regulate the platelet destruction/bleeding. Another symptom is fatigue. Severe cases of ITP can be extremely debilitating to individuals. Coping with the condition can then be a major problem.

Are you satisfied with the NHS care you have received – could any aspect have been improved?

With both of these conditions, the NHS provided amazing support and care.

Did you feel the information you were given on the condition was adequate?

ITP is a rare condition. It is not uncommon to encounter a lack of detailed knowledge of treatment and understanding of the condition by many medics who are not specialists in ITP. This is understandable. Many medics may never be presented with a patient suffering with ITP. However, within the UK there are specialist clinics around the country who are always available to offer assistance. In addition, the ITP Support Association have a wealth of information available on their website and work very closely with the clinical centres. The information I was given when I was first diagnosed was somewhat vague. It was certainly frightening and made me consider my activities and my future.

What advice would you give a patient newly diagnosed with ITP?

To somebody who is newly diagnosed any advice would need to be tailored to suit their particular bleeding circumstances. However, new patients can take comfort that this condition is non-malignant, is considered not to be inherited and the mortality rate is very low. The new drugs, understanding and developments within the medical profession generally concerning ITP is fantastic. I would certainly encourage any patient to take part in clinical trials and agree to their medical data being shared in registries.

What is your greatest hope/fear for the future?

My hopes for the future are that a cure will be found for this and other rare bleeding disorders of which there are many. In respect of fears, I am always concerned that financial pressures can prevent research and new treatments being approved especially for rare conditions. 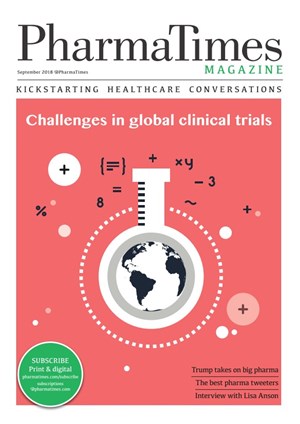