For more than 200 years, patents have been used as a means of granting exclusive property rights to an inventor, preventing novel and inventive contributions from being taken by anyone else. Recent developments in artificial intelligence (AI) technology, however, have thrown the current system – in which patents are awarded only to humans – into question.

This could have dramatic consequences for drug discovery. Patents are a central part of how pharmaceutical companies do business. Companies invest significant amounts of money into long and complex R&D cycles throughout the development of their products. Patent protection allows them to protect this investment, and continue to develop innovative new drugs and bring them to market.

But, in the case of AI crunching masses of data to assist in identifying a new drug candidate, issues can arise around the question of inventorship. This could pose the risk that a patent for a drug identified using AI technology won’t be enforceable, thereby straining the current financial model for recovering costs of drug development. And if pharma companies can’t protect their innovations with a patent, they’ll simply stop spending money on AI research, leaving many valuable new cures, particularly for rare diseases, undiscovered.

In 2019, a team of academics filed two patents in the name of DABUS, an AI system designed to devise and develop new ideas, which its creator, Dr Stephen Thaler, says is “traditionally considered the mental part of the inventive act.”

While both the European Patent Office (EPO) and the UK Intellectual Property Office (UKIPO) accepted that the two inventions were patentable subject matter, they dismissed the filing, holding that AI DABUS couldn’t be regarded as an inventor under the applicable legal framework which, in the context of inventorship, refers to ‘natural persons’ only.

According to a spokesperson for the EPO, “it is a global consensus that an inventor can only be a person who makes a contribution to the invention’s conception in the form of devising an idea or a plan in the mind. The current state of technological development suggests that, for the foreseeable future, AI is... a tool used by a human inventor”.

Law professor Ryan Abbott argues for change, saying that “if AI is going to be how we’re inventing things in the future, the whole intellectual property system will fail to work.”

For the time being, though, the EPO and UKIPO’s ruling makes it clear that AI cannot be considered an inventor. And this has significant implications for the pharmaceutical industry.

Millions of pounds and thousands of hours are spent on drug development. Yet, even after such a considerable investment of time and money, companies may not have a marketable product at the end of the research and development process. The application of AI is changing this by reducing discovery times and the number of failed drug candidates.

An AI system can identify drug candidates in a fraction of the time it would normally take, potentially slashing the number of drug candidates for testing and subsequent clinical trials. Further rigorous tests will still be required, so there won’t be a product with market authorisation at this stage. What there will be is a drug that’s been invented, at least partially, by the AI solution. Indeed, some would argue that there is no human inventor at all as no individual ‘conceived’ the invention. Others will of course argue that it is much more complex than that!

This raises the question of who is actually responsible for its invention. Is it wholly the AI platform? Are the AI and the human operators that trained it and interpreted its results both joint inventors? Or is the AI platform simply a tool, and therefore the humans who programmed it and/or interpreted the results the inventors?

As it stands, the way AI is currently used means that drug discoveries can be regarded as AI-assisted, rather than AI-generated inventions. There hasn’t yet been a compelling case that the use of AI and machine learning in the pharma industry is anything more than sophisticated number crunching. A considerable amount of inventive effort is required to train it and interpret the results to work out sensible solutions.

So, if AI only assists in a discovery, it won’t be considered the inventor. Rather, that would be the human who programmed the AI or selected from the insights and performed the related lab work to verify efficacy. That said, given the increasing impact AI is likely to have on the drug discovery process, it’s possible that excluding its contribution may mean in future there are no true inventors under the current patent system.

It goes without saying that this could prove extremely problematic.

The question of inventorship is a real issue for any pharma firm that uses AI. Any company applying for a patent must identify the inventors. Usually that will be the pharmacists and other laboratory scientists. Increasingly, it is the data scientists and programmers, as well as the traditional pharmacists that could be considered to be joint inventors, but objectively without the contribution of the AI platform there may be a missing link in the chain that gives rise to the claimed invention.

Getting round this issue either needs the law to accept that the human operators that programmed the AI and selected from the results are the inventors, or perhaps more controversially to introduce the concept of an electronic person as an inventor.

The problem lies in the anthropomorphism of AI, lending human qualities to a machine, which gives strength to the argument that anything a computer ‘invents’ must be obvious because of the inherent processing power a computer can bring to bear on big data sets. Patent law decrees that, for something to be granted a patent, it must be deemed to be novel and non-obvious. This issue hasn’t escaped the attention of the World Intellectual Property Association (WIPO), which asks whether it’s necessary, when considering AI-generated or assisted inventions, “to retain the traditional requirement of non-obviousness… fundamentally associated with human acts of invention.”

According to the WIPO, life and medical sciences are among the sectors in which AI is most employed. It’s clearly important to the future of the pharmaceutical industry that this issue is resolved. The patent system mustn’t be allowed to evolve to the point where the use of AI is penalised. Instead, drugs discovered or repurposed using AI should be as patentable as if they were derived without it.

Ultimately, if pharma companies can’t get patents for their products, they simply won’t develop them. If companies are disincentivised from using AI in their drug discovery, the entire process may suffer and, along with it, the patients who need those drugs.

One solution for future consideration is for lawmakers to recognise AI as a contributor to an invention and to assign legal rights to AI as an entity in the same way companies are given legal rights. Just as patent law includes ‘natural persons’ and ‘legal persons’, so too could it include ‘electronic persons’.

As things stand, it would be fatal to try to name an AI entity as an inventor, even as a joint inventor. It may also be unwise to publicly proclaim that your AI entity ‘invents’ as that will likely open a can of worms should you ever need to enforce the patent. Stick with the simple line that AI is just a tool in drug discovery: the inventors are human. 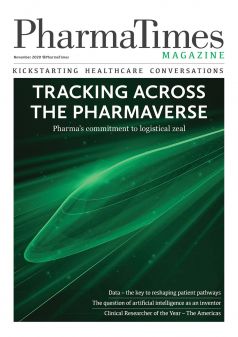