When were you diagnosed with HIV?

I was diagnosed with HIV 14 years ago on March 19.

Can you describe the journey that led to your diagnosis?

I ended up at my local sexual health clinic after having unprotected sex with my partner who I had not long split up with. He said he had not had sex with anybody else since us parting, but not long after, I felt I had gotten an STI from him. Whilst it was considered that I was probably incredibly low risk for HIV, I decided to have the test, as I had not always practised safe sex. I got a call about a week later asking to come back to the clinic; I thought this didn’t sound good but still didn’t really think I was going to be told that I was HIV positive.

It was a lovely, sunny spring day and off I went to the clinic with my friend. I remember the health advisor Ruth (who has since retired) telling me that I had tested positive for HIV – she went and got my friend for me and I wanted to smash up the room with an empty chair. But I didn’t as it was not the room that I was angry at or about. The rest of that day became a blur and I just thought I was going to die.

What were you told about your prognosis?

After all the first tests, it was decided that I was a ‘slow progressor’ and would not need medication for many years – my CD4 count was still higher than the medication trigger point. I was told I probably had the virus for longer than six months but not longer than five years. All I heard was that I was a ‘slow progressor’, and to me this sounded like I was just going to die a lot slower.

What treatment do you take and do you consider it effective?

I did not take medication for the first five years of my diagnosis but did experience bad health issues, including being hospitalised on a few occasions, the worst with a brain virus. At this point treatment guidelines were changing and treatment as prevention combined with my declining health led me to starting treatment.

I have tried some of the newer single combinations but haven’t found them so easy to take. The first had a calorie requirement and at that point I was suffering from an eating disorder, so the combined pressure was too much, then I experienced severe side effects with a couple of others. These were so extreme I considered stopping treatment, but with good support from the clinic was able to find a combination that works for me. I currently take Raltegravir and Emtricitabine/Tenovir Disoproxil (three tablets once a day in the evening). I consider my treatment to be effective; I have an undetectable viral load and a good CD4 count. I attend the clinic every six months and have a positive relationship with my clinic and consultant.

Is there anything you would change about your treatment?

I don’t think there is anything I would change about my treatment now, as it is doing what it’s supposed to. If at any point it stopped working, then of course I would have to change, but there is no other reason I can think of for doing so. I suppose having less tablets to take each day would be nice, but as I age I am taking more tablets anyway.

What is the greatest challenge of living with an HIV diagnosis?

I think at the beginning of my diagnosis I never thought there would be anything nice about living with HIV. But a lot has happened since that first day and I would not change a thing as it has shaped who I am today.

It changed my confidence and self-esteem massively in the beginning and I was diagnosed with generalised anxiety disorder (GAD; probably triggered by the shock of my HIV diagnosis). So, getting used to living with both was exceedingly difficult. It was an emotional rollercoaster and I suppose sometimes still is.

The hardest things for me about living with HIV are stigma and quite often defending my HIV in healthcare settings. The two combined in a healthcare setting are the worst – sometimes I would just like to be a patient without feeling I have to provide a quick mini HIV education session before we get down to the issue.

Does it impact on your lifestyle in any way?

I am not sure that HIV affects my lifestyle in any way, in fact the GAD impacts on my daily life more than the HIV. The GAD affects me every day, I wake up in a state of panic most days and getting ready every day is a challenge (but worth it in the end) if I am travelling or doing a public speaking event my anxiety takes full control. I do have coping strategies and ways of coping, but it is totally exhausting.

Do you think public perception of the disease is changing?

Public perception of HIV is changing but probably not as fast as it should be. I think that part of the issue is that we need to desensitise the subject of sex and talk about it. We need to get our future generations to think about their sexual health in the same way we think about our physical or mental health. Research, such as the Positive Perspectives study, is a great first step to understanding the perspectives and attitudes of people living with HIV and their partners. Education around prevention, living with HIV, stigma and discrimination are great ways of trying to keep the change of belief going forwards. Also, more up to date and relevant information should be available to healthcare professionals, the police and other settings like in the workplace.

Are there still outdated stereotypes to tackle?

I work with groups of university students and have been working with health and social care students for about the last five years. This year I had a group with younger students, and they were shocked that some of the information was not readily available and that they had not been taught anything about HIV at school. I find this very shocking as this is where we could start changing and challenging outdated perceptions.

Transmission is still always a shock to people, there is an assumption that it’s still just gay men, people living in Africa or drug users’ issues. So, to me it seems that the conversations about sex are just not happening and sexual health is just not even considered if you do not fit into these categories.

Have you personally encountered any stigma directly related to being HIV positive?

Stigma is always still very much an issue in healthcare settings, and I have experienced these myself and when advocating for somebody experiencing similar issues also. I feel that I can challenge it, but I would imagine for some people it puts them off going back for any follow-up treatment or worse not speaking up when needing help.

I have experienced the usual ‘how did you get it?’ or ‘are you an intravenous drug user?’ questions.

I have had medication thrown onto a bed inside a room in hospital, I have experienced a physiotherapist explaining he had no cuts on his hands (it was to do with my broken ankle), and been left last on surgery list to avoid contamination of the surgery equipment and area or patients after me. I have not really experienced any stigma in my personal life, apart from at the beginning and that was just a lack of knowledge and fear of something and was not long-lasting or life affecting to me.

Initiatives to address stigma, such as the online photo gallery HIV in View, produced by Shutterstock in collaboration with ViiV Healthcare, are a great first step. The collection, curated with people living with HIV, depicts what it means to live with HIV today globally. I am hoping that the campaign will continue to fight the stigma and discrimination and make people see and hear us and become empowered with the correct knowledge about HIV. To learn about language use and how by just changing simple words things can sound much more manageable, and not self-stigmatising, as negative language when talking about ourselves only adds to the stigma from society. But it’s understandable if you do not have the right information or just do not know much about HIV when diagnosed. And sometimes unless you experience something for yourself or affected by something then we are all guilty of not knowing enough about something.

I am also hoping that it will change the face of HIV and make people realise that HIV does not discriminate but us as humans do (when having the incorrect information).

What would you say to a patient newly diagnosed with HIV?

I would suggest interacting with some peers and maybe if possible get a peer mentor for the first few weeks. There are so many things that race through your mind when diagnosed but not all these things need to be dealt with straight away, such as telling others – sometimes you need time to get your head around the news without telling others and if they react in a negative way this can be a massive blow to how you may already be feeling.

I would tell them that HIV is not a death sentence anymore and that there are many treatments that mean people living with HIV will live a normal life span and be able to have a decent quality of life. I would also explain the benefits of treatment and the U equals U (undetectable equals untreatable) message and how easy it is to achieve. I think I would also mention that treatment options were much better and there were many one pill options that can fit into their lifestyle not the other way around.

What are your greatest hopes and fears for the future?

My greatest fear for the future is how I will age with HIV; will I age quicker or will I age more? I also worry will I feel more pain? The added fear of Sars-Cov2 has affected this and like many I have wondered if the combination of my conditions makes me at more risk of being severely ill with COVID.

My hope for the future is that we survive this pandemic both physically and mentally, I have worked through the entire year and have not been able to take much of my annual leave so am looking forward to seeing my female colleagues based all over the UK and being able to hug people again, plus getting to a music festival in my local area that I normally go to most years.

I also hope that despite the disruption of COVID we can end HIV transmission by 2030 and end stigma at the same time. 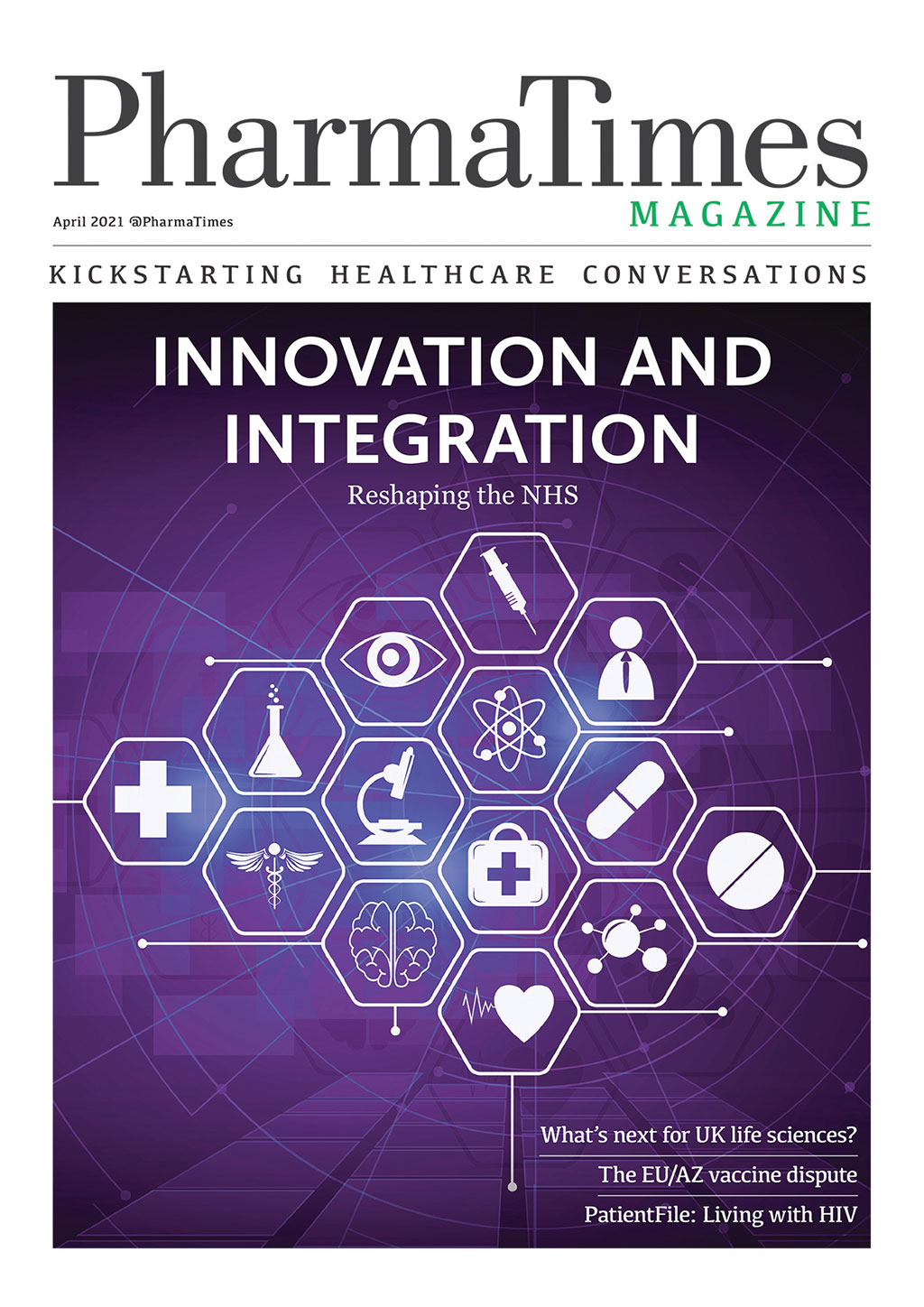