Expectations for healthcare in 2021

Each year The Economist Intelligence Unit publishes an annual report giving its outlook for six global industries, one of which is the healthcare and pharmaceuticals sector. While 2020 made it clear that forecasting is far from foolproof, it remains an important task. In 2021, more than ever, companies need to be able to anticipate some of the challenges that lie ahead, many of which will still be driven by the coronavirus (COVID-19) pandemic.

The good news is that we predict an economic recovery, even if in some countries that is mainly a bounce back from a disastrous 2020. In 2021, global GDP (gross domestic product) will increase by 4.5% in real terms, the fastest growth recorded since 1988. However, given the 4.4% contraction estimated for 2020, next year’s growth will not be enough to return the global economy to pre-coronavirus levels. Indeed, we do not expect a full recovery before at least 2022, meaning that 2020 and 2021 will be lost years for growth.

That recovery will translate into the healthcare sector. True, healthcare was relatively protected from the 2020 downturn, not least because of the funding needed to tackle COVID. However, it was not immune. We estimate that total healthcare spending fell by 2.6% in US dollar terms last year, and will rise by 7% this year, with pharmaceutical sales seeing growth of 5%.

Growth will be strongest in Europe, fuelled partly by an economic recovery but also by continued government investment into healthcare – not least into the roll-out of the COVID-19 vaccines. Asian countries will also see robust growth in health spending, despite having largely dodged 2020’s downturn. The US economy has also been quick to recover, although prolonged political unrest could derail that. Its healthcare sector will also continue to see some turmoil, because of the collapse in non-COVID care. Further behind will be countries in Latin America, and others that are dependent on oil and other commodity prices. We expect some will have to wait until 2024 for their economies to get back to 2019 levels.

However, much depends on what happens with the pandemic. In 2020, governments relied on lockdowns and social distancing to control COVID-19, in some cases with limited success. During 2021, many will be looking to vaccination programmes to deliver a more permanent solution. Just one month after the first COVID-19 vaccines received emergency authorisation, countries are already in a race to raise their immunisation rates. Somewhat surprisingly, Israel and the UAE are already far way ahead, with the UK and US coming up behind. Many other countries have not even begun the process – and they are not all poor countries. Japan is expected to begin inoculations only in late February.

All countries are aware that – even as companies ramp up production and airlines plan shipments – demand for the vaccine far outstrips supply. Of the 7 billion doses that the main vaccine producers have pledged to produce in 2021, The Economist Intelligence Unit calculates that 6.4 billion have already been pre-ordered – most of them by relatively wealthy countries. Israel is reported to have paid far over the odds in order to secure its Pfizer doses, an option that is not open to many poorer countries. After all, the costs are not limited to the price of the vaccine, but also include the expense of the transportation and distribution – an expensive endeavour.

This mismatch between supply and demand is exacerbated by the fact that some countries have over-ordered for their populations, partly because they were keen not to bet everything on a vaccine that failed clinical trials. The good news, however, is that so many vaccine candidates do appear to be viable, including (on the scanty data available) those produced in China and Russia. As a result, we expect that the countries towards the front of the queue will have immunised their high-priority groups by the end of March 2021, with other rich countries reaching that position by end-June.

Middle-income countries with good access to vaccine supplies – whether as a developer (like China) or as a producer (like Brazil) or both (like India) – could be on a similar schedule. Yet more countries, including Mexico, Indonesia and Egypt, have secured promises of supplies in return for hosting clinical trials. Then there are a whole host of countries that will be relying on COVAX, the international initiative that aims to secure 6 billion doses for poorer countries across the world. It promises that the first 2 billion of these will also be doled out during 2021, mainly to healthcare workers.

However, the bigger difficulties will come with efforts to reach the rest of the global population. Even in a country with a comprehensive healthcare system such as the UK, there have been unexpected hiccups in getting supplies to particular hospitals or care homes. In countries without adequate infrastructure, with few healthcare workers, and that lack adequate refrigeration, this will be even harder.

Vaccine hesitancy is another issue that could impact the roll-out in countries as diverse as France and India. In the latter country, the sheer population size in itself presents a daunting challenge. Indeed, once the priority groups are done, some countries – particularly those with a young demographic profile – may well lose the motivation to distribute vaccines to anyone else.

COVID is not the only consideration

While vaccination programmes will be by far their biggest priority in 2021, governments will also need to spend heavily on other parts of their healthcare systems. They will have to address the backlog in treatments and diagnosis for non-COVID care – in the UK, nearly 1 million patients are waiting for breast cancer screening, for example. That will prove particularly difficult if the pandemic lingers, making in-person care difficult again.

Online consultations and digital healthcare will remain important as hospitals and clinics scrambled to adapt to social distancing. In 2021 public funding for telehealth will continue to expand. In the US, the Centers for Medicare and Medicaid Services (CMS) has extended its rules for reimbursement of telemedicine, adding new types of care to the proposed fee schedule for next year. In Australia, the emergency telehealth provisions put in place under Medicare have been extended until March 2021, at a cost of $2 billion.

This expansion will encompass digital health apps, with investment pouring in. Rock Health, a seed fund, reports that $9.8 billion was raised in digital health funding in the third quarter of 2020. In 2021 companies will try to fill the gaps between the specialist-led telehealth services available from hospitals and clinics, and the consumer-focused fitness and wellness applications available from retailers. Mental health is likely to be one priority.

However, the effort to provide online healthcare may hit roadblocks in 2021 as governments, insurers and healthcare providers issue new guidelines to improve the quality of care.

More positively, 2021 will also see more progress towards universal healthcare. The Chinese government plans to expand reimbursement of outpatient care under its Basic Urban Employee Insurance scheme, in the first reforms to employee insurance since 1998. It also wants to expand the separate Basic Medical Insurance scheme to cover more people.

Mexico, meanwhile, will complete the roll-out of a new public health insurance system, the Instituto de Salud para el Bienestar (Insabi), expanding it to all 32 states by the end of 2021.

Long-term care will be another priority in many countries, given the number of elderly people who have died during the pandemic. Scotland is one of several countries planning reforms. However, in some countries, such as South Africa and Nigeria, the momentum to roll out universal healthcare has waned as the pandemic became a priority. For these countries the pandemic is likely to exacerbate health inequalities, as well as income inequalities, with the poorest the hardest hit. For them, getting back to earning a living is already becoming a far bigger priority than healthcare, or even avoiding COVID. 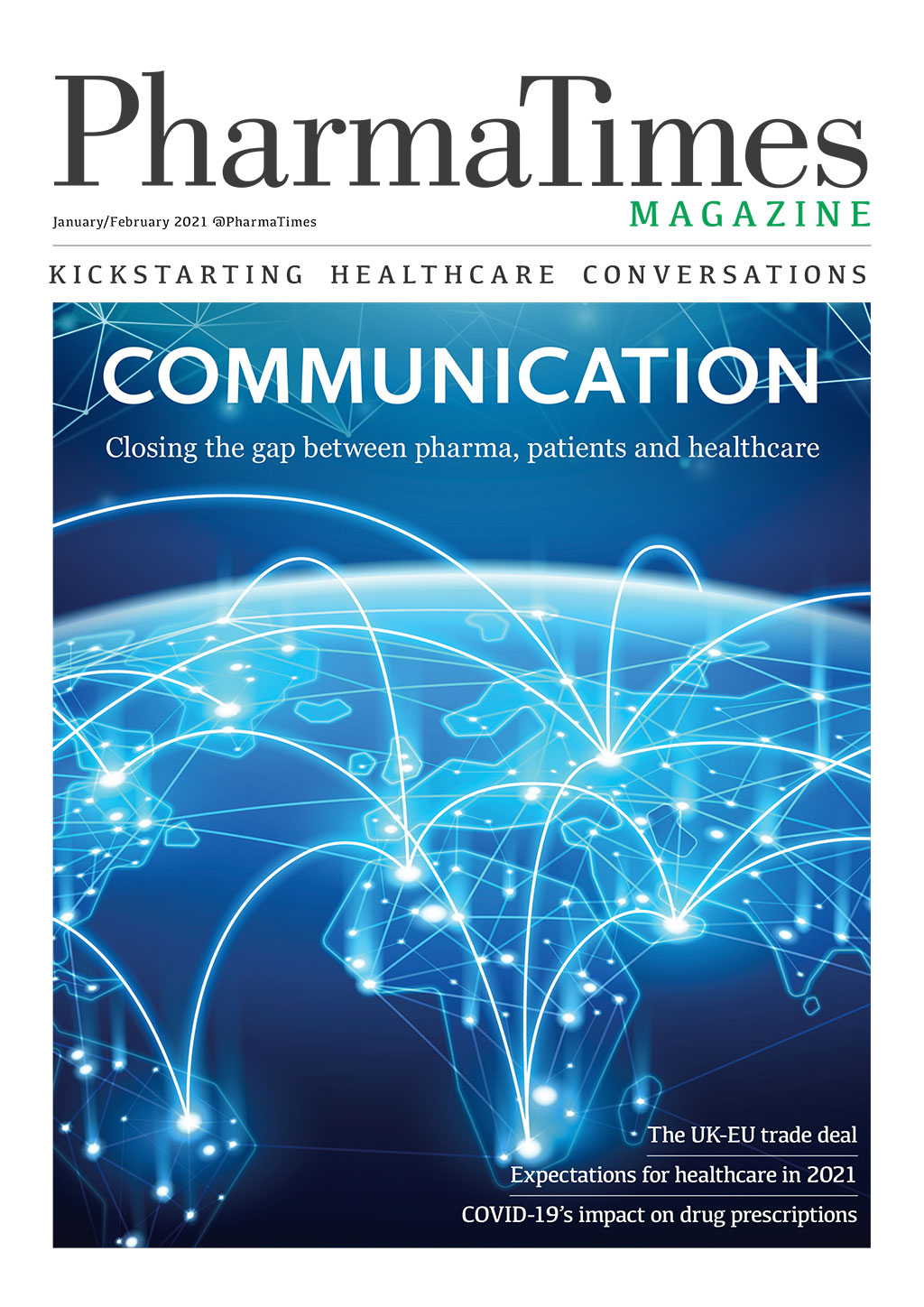