While national COVID vaccination programmes are being implemented at an impressive speed in the US, Europe and other industrialised nations, the pace of vaccination in developing countries has been far slower. In contrast to Israel, Canada and the UK, where about 60% of the population has had at least a single vaccine dose, India and South Africa reportedly have vaccination rates which are only 10.8% and 1.08% of the population, respectively.

Richer nations acknowledge the global nature of the pandemic and agree that the incidence of the virus in other populations poses a continuing risk to them despite their own vaccination success. Nevertheless, vaccination programmes of poorer nations, despite generally higher mortality rates, remain slow or negligible relative to those of industrial countries. There are also widespread complaints of vaccine inequality with the vast majority of vaccinations occurring in the wealthiest countries. Rather than vaccine availability evenly spread throughout the world, only about 1.6% of the vaccine doses administered globally had, by 31 May 2021, been given to people in Africa.

In the face of this imbalance, some have pointed to the intellectual property regime as a cause of the inequality. As long ago as October 2 last year, India and South Africa pointed to pharmaceutical patents as one of the reasons for the disparity in the vaccination programme  performance, arguing that patents have hindered distribution of vaccines in their countries. Raising the issue before the World Trade Organization (WTO), India and South Africa proposed a waiver for COVID-related patents, including those on COVID vaccines and medicines, medical devices and machines, for the duration of the pandemic. The proposal would have meant a temporary waiving of the WTO’s treaty on intellectual property (IP), known as Trade-Related Aspects of Intellectual Property Rights (TRIPS), in respect of these patents.

TRIPS does already have provisions whereby, in the event of a national emergency, a government may use patented subject matter, including by compulsory licensing, without the consent of the patent owner. These provisions require the patent owner to be given a reasonable compensation. Since the outbreak of COVID, both Israel and India have invoked the provisions in order to license pharmaceutical patents owned by US producers. The proposed patent waiver, however, goes further than the existing TRIPS provisions, as it would effectively disregard, without compensation, the relevant patents.

The current debate is somewhat reminiscent of the dispute about patents during the AIDS crisis in sub-Saharan Africa in the late 1990s. At that time, the population urgently needed access to anti-AIDS medication and the South African government threatened to effectively ignore both TRIPS and the rights of the US owners of the relevant patents. Eventually, despite support from the US government and the European Union (EU), the drug producers capitulated, by considerably reducing their demands for compensation or, in some cases, making the drugs available for free.

A notable difference between earlier WTO debates on patents and the current discussion is that the US has, in a new policy stance, come out decisively in favour of a waiver of COVID-related patents, with strong personal support by President Biden. The US stands alongside India, South Africa, China and Russia. The EU, the UK, Japan and South Korea, by contrast, are not in favour.

Some arguments for a patent waiver are moral: at a time of such an unprecedented public health crisis, profits on life-saving medication and commercial control of relevant vaccines and equipment are unacceptable. According to the waiver proponents, the compulsory licensing provisions under TRIPS are too complicated, slow and dependent on the reasonable compensation rule. They argue that the vaccines, which, in some cases, were developed using government funding, should be treated as public goods without patent protection.

The opponents of a patent waiver point out that the vaccines are actually not patented in many of the countries where vaccination has been slow. They say that vaccine supply deficiencies are caused primarily by local factory production incapacity as well as distribution bottlenecks, and that these are unrelated to patents.

They argue the arrangements for compulsory licensing in emergencies would represent an adequate step to prevent any patent-based supply problems. In addition, they claim that shortcomings in the international vaccine pooling arrangements, such as the Covax scheme, to successfully donate and distribute vaccines need to be addressed before the IP is waived. A waiver, they stress, would undermine the necessary incentives and guarantees provided by the global patent system which has positively assisted in the development of the vaccines. Moreover, they think that the proposed patent waiver would not actually remove any of the vaccine delivery problems. A further obstacle to a global vaccination programme, waiver opponents claim, is that the richer countries are unnecessarily hoarding vaccines and restricting exports.

The pro-waiver lobby, now comprising more than 100 of the 164 member states, is pushing for a waiver of three years. The US has extended its support for a patent waiver from just vaccines to also related technologies, such as medical devices, and are now well aligned with the original proposals from India and South Africa. The EU currently seems unlikely to concede to the US and seems more likely to push for enhancements to vaccine production and improvements in international distribution. Both the scope of the waiver and its duration is still not settled. Traditionally the WTO members operate on the basis of unanimity, but formally there is a requirement for at least a three-quarters majority needed to push the waiver through, which currently appears unlikely.

There is little sign of a breakthrough in negotiations so far and the outcome is far from certain. The German Chancellor, Angela Merkel, who is one of the main opponents of the proposed patent waiver, has expressed doubt there is enough support by WTO member states for the waiver to be passed. Moreover, the landscape is constantly changing: the development of new vaccines, notably by China, with less exacting storage requirements (eg refrigeration) than, for example, the Pfizer vaccine, may shake up and overtake the debate. The duration and scope of the waiver may have to be reduced significantly to satisfy the needs of the pro-patent countries, perhaps reducing the waiver to a few months only and only to vaccines, with no application to any ancillary technologies. At the time of writing this article the chances of an agreement on a patent waiver do not appear to be high.

Little progress was made at the TRIPS Council meeting on 8-9 June. The various parties reiterated their respective positions: the supporters of the patent waiver now seek a waiver duration of at least 3 years, but with a termination date to be agreed by WTO members once the virus crisis is deemed over, while the waiver opponents, especially EU states, repeated that the existing compulsory licensing arrangements made adequate provision for the current crisis and suggested that expanded production was crucial to solving vaccine inequality. Further meetings have been scheduled to bridge the views of the different groups in time for the WTO General Council at the end of July. A consensus at that meeting currently looks unlikely, especially in view of the supporters’ push for a waiver duration which is, in effect, indeterminate.

David Sant is a partner at law firm McCarthy Denning 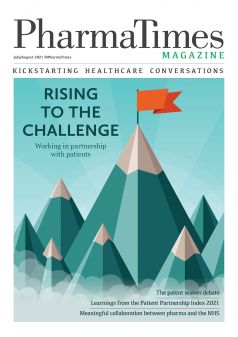