RNA in the spotlight

RNA treatments and vaccines have just shown the scale of their potential. Now’s the time to position the UK as a global leader

Ribonucleic acid (RNA) therapies and vaccines aren’t new. Previously, RNA was viewed as the underloved, underappreciated relative of its DNA and protein cousins in the molecular biology world, being seen to play a purely supporting role. While the testing and development of RNA therapies have been a work in progress since the 1990s, the emergence of COVID-19 and the role RNA played in finding vaccines have provided both a breakthrough in developments and put them firmly in the public’s consciousness.

Both the Pfizer-BioNTech and Moderna vaccines have been developed using RNA-facilitated mechanisms and others are now cottoning on to its potential applications for use in the coming years. These go beyond beating contagious viruses like COVID-19, with many now betting on the accelerating development of personalised treatments for everything from cancers through to heart disease, inherited disorders and some forms of diabetes.

Developments are moving fast. Already this year researchers at the Yale School of Medicine have filed a patent for a malaria vaccine using an RNA platform. This progress will continue as investment and talent continues to pour into the industry.

These potential opportunities have always existed, but recent developments have shone a light on the field once again and leave it in a position to prove it on the biggest stage possible in the coming years.

Betting on the future

RNA therapies and vaccines offer an attractive proposition to public sector organisations to allocate capital and resources to, and for pharma and biotech businesses to add to their pipelines. The ease with which new and personalised RNA sequences – which form the basis of these treatments – can be created means that RNA vaccines are faster and cheaper to produce than traditional vaccines. And they’re also safer for the patient given they’re not produced using infectious elements of a disease, which more traditional vaccines tend to be.

Yet making the strands needed for an RNA vaccine is a cell-free, biochemical process which can be synthesised in the lab in a matter of minutes and standardised and scaled relatively simply, allowing quick responses to large outbreaks and epidemics. For context, Moderna’s vaccine was designed over the course of a weekend, while Pfizer-BioNTech’s took just a few hours.

These vaccines are also based on a process of biochemical synthesis that involves fewer ingredients, moving parts and steps to completion than other treatment methods. Time was of the essence during the pandemic but this will save lives once lost to other diseases going forward too.

And while there’re no safe bets in medicine, around 1.2 million people have been treated with Pfizer-BioNTech’s vaccine and 800,000 with Moderna’s. Businesses, academia and governments have taken note.

All of that has piqued the interest of those with the capital to invest and the patience to play the long game.

The most natural home for that spending would be with the two global leaders already in the field in the US and Israel. Both have well established and highly regarded scientific and academic communities within them, devote high-levels of public and private spending to research and are attractive to overseas talent.

They’ve also had a head start by continuing to support their RNA industries even in the pre-pandemic years. This means that while other countries are just getting theirs off the ground, Israel was earlier this year toasting a new $200 million RNA vaccine plant following an investment from Hong Kong-based AID Partners Capital.

That’s not to say it’s a closed shop for challengers. Opportunities abound for the UK to position itself as a leader in RNA for generations to come. It won’t come easy but it’s an exciting prospect.

For a start more funding is needed. The UK has made some positive steps on the road to giving the UK’s life sciences industry its full backing in recent years. March’s announcement of a partnership with the UAE, which will see an initial £1 billion invested in the sector, is a good start. The UK currently spends just 1.8% of GDP on science and tech R&D a year, a sliver of which makes its way to RNA therapies. Compare this to nearly 3% in the US and 4.9% in Israel, and it’s not too difficult to figure out why we’re playing catch-up. It’s also crucial it invests in the infrastructure and support needed to achieve its ambitions.

The UK is blessed with the raw ingredients in place to make a success of its RNA industry. And it’s not just in the south of the country, which tends to receive the lion’s share of funding. Surveying the landscape of major cities like Birmingham, Manchester and Leeds, what’s clear is how strong their mix of public-private-academic partnerships are, the quality of the facilities there and their attractiveness to talent.

Take Alderley Park in Cheshire, for example, which is already home to RNA therapy firms including Pedanius Therapeutics and where a thriving cross-section of other firms provides fertile ground for collaboration with other businesses. The Park is also home to Medicines Discovery Catapult, which is catalysing the wider complex medicine cluster in the region alongside the Centre for Process Innovation in Darlington, making it a real pan-North effort. We also need to be bold in our public spending. The crux of the reason behind RNA falling behind its peers in previous years was because of a lack of funding. And naturally investors will only pour money into ventures they expect to be profitable, preferably with a shorter lead time. That’s why it’s even more important that government money goes to ‘moonshot’ projects like RNA therapies.

The UK has a once-in-a-generation opportunity to become a true global leader in RNA therapy development. Its potential applications in the future make it a mouth-watering prospect to achieve for business and the government. Now’s the time to grasp the nettle by investing in the innovative businesses and infrastructure that will propel it to leadership status. 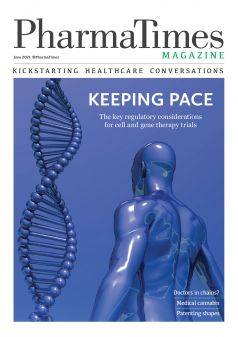