This article essentially looks at whether disease rarity is valued by decision makers in their assessment of the value and cost-effectiveness of orphan medicines.

It is based on an analysis by CRA which sought to determine if there is any correlation between disease rarity and pricing outcomes of health technology assessments (HTA) for orphan drugs in England. The research specifically focused on ODs for chronic conditions as their potential for significant and long-term budget impact typically attracts attention from decision makers.

Disease prevalence is correlated with cost of treatment – but only for drugs appraised by the National Institute for Health and Care Excellence (NICE); for ODs in the data-set appraised by NICE, there is a strong but non-linear relationship between disease rarity and the average annual cost of treatment (AATC) – with ODs for the rarest diseases typically costing the most per year; and

ODs for rare diseases are subject to a high level of commercial agreements; at least one type of commercial agreement was used for 88% of the ODs in the data-set, which is double the figure reported from a recent analysis of 313 medicines appraised via NICE’s STA pathway (41.5%), while simple discount patient access schemes (PAS) were the most commonly used type of agreement, with 82% of the ODs being subject to a confidential discount. 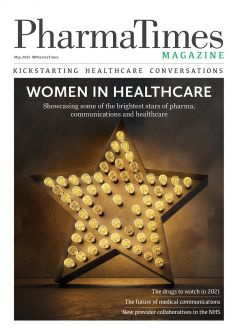 Article published in May 2021 Magazine

Read this article in the May 2021 Digital Edition