Biogen to spin off haemophilia business 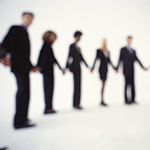 Biogen is intending to spin off its haemophilia business as an independent, publicly traded company, in a move designed to enable each business to better focus on driving value in their respective areas of expertise.

The new company, which will be named at a later date, will work on the development of therapies to treat the bleeding disorder, with existing marketed products to include Eloctate and Alprolix, which generated combined revenues of $640 million during the twelve-month period to March 31.

The new firm also plans to bring longer acting therapies utilising the XTEN technology into clinical development in the first half of 2017, and to accelerate development of bispecific antibodies and haemophilia-related gene therapy programmes.

"We expect that the new company will be a leader in discovering, developing, and commercialising innovative therapies for haemophilia, built on remarkable science and a deep understanding of how to continually improve treatment for patients," said George Scangos, Biogen's chief executive.

According to Biogen, the spin-off, which is expected to complete by the end of this year or early 2017, should provide investors with "greater visibility into the financial and operational structures of each company and a clearer understanding of their respective strategies".

Biogen will continue to focus on diseases with a neuronal etiology, including neurodegeneration, neuromuscular disorders, neuropathic pain, and ophthalmological indications.