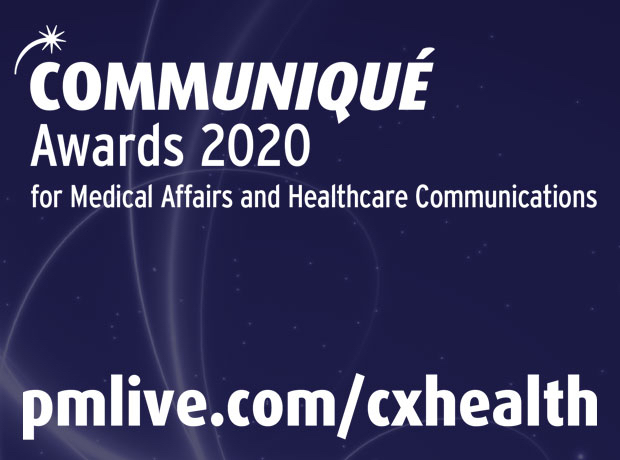 Winners of the 2020 Communiqué Awards will be announced later today at the event's first ever digital ceremony.

The ceremony follows hugely successful virtual judging days via Zoom – involving over 110 judges and 17 separate breakout rooms – at which judges were presented with a range of fantastic entries showcasing a high level of talent across healthcare communications.

“As usual, the standard of entries was really high,” said co-chairs of judges Annabelle Sandeman, global head of Commercial Strategy at Huntsworth, and Louise Dunn, communicator and academic at Edge Hill University.

“The judging teams read and evaluated all the entries and rewarded those which had been thoughtfully assessed and were able to demonstrate improvements in outcomes rather than outputs; particularly patient outcomes.

“We were also keen to recognise the great talent in this industry and any efforts being made to increase the diversity, career development and the wellbeing of people.”

In a historic moment for both the Communiqué Awards programme and the healthcare communications industry, winners will be revealed later today at an online ceremony that kicks off at 4pm, with live streaming to start at 4.30pm.

Please show your support for the industry by watching the show via pmlive.com/cxhealth