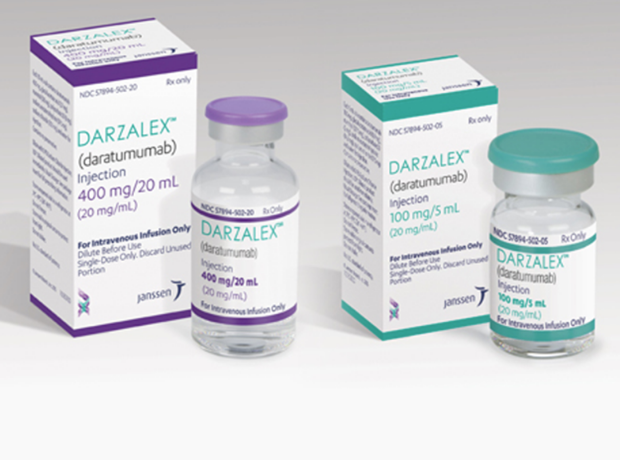 Genmab and Janssen’s subcutaneous formulation of Darzalex (daratumumab) in combination with pomalidomide and dexamethasone (Pd) has generated positive results in a phase 3 myeloma trial.

The phase 3 APOLLO study investigated the combination treatment for patients with relapsed or refractory multiple myeloma who have previously been treated with the immunomodulatory drug lenalidomide.

In the study, the Darzalex combo met the primary endpoint of progression-free survival, and the overall safety profile of the treatment was consistent with the safety profile for each therapy separately.

The APOLLO study was designed to confirm initial results from the phase 1 EQUULEUS study which investigated intraveneous Darzalex plus Pd in the same patient population.

Janssen obtained an exclusive worldwide license to develop, manufacture and commercialise Darzalex from Genmab back in 2012.

Following the positive results, Janssen will discuss the data with health authorities in preparation for regulatory submissions. The company also plans to submit the data for presentation at an upcoming medical conference.

In June 2017, the US Food and Drug Administration (FDA) approved the use of Darzalex in combination with Pd for the treatment of patients with multiple myeloma who have received at least two prior therapies, based on the results of the EQUULEUS study.

“We are pleased with these positive results for daratumumab, administered as a subcutaneous formulation, in combination with pomalidomide and dexamethasone. The corresponding intravenous regimen was previously approved by the US FDA based on the phase 1 single-arm EQUULEUS study,” said Jan van de Winkel, Chief Executive Officer of Genmab.