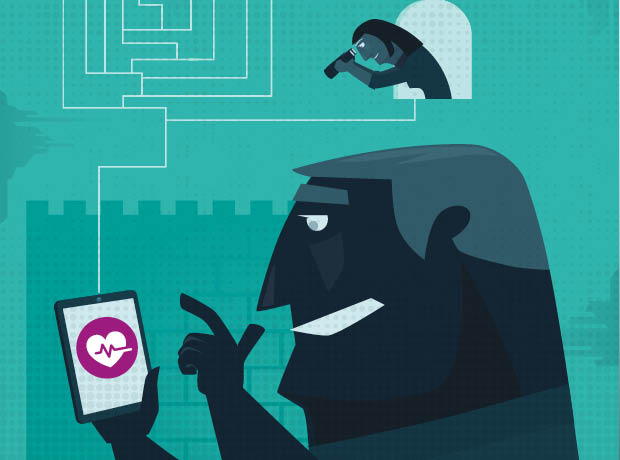 The statistics show that over the year, firms in health and social care invested the second highest amount overall, with its investment coming in at £16,800 – a 506% increase on the previous year.

The news comes as the prevalence and severity of cyber-attacks and breaches has “damningly” increased over the last few years. In 2019 alone, 55% of UK firms have already faced a cyber-attack and losses from breaches have accounted to a “shocking” £176,000 on average, according to statistics from insurance provider Hiscox.

In May this year Matt Hancock, health secretary, announced major improvements to general practice IT and more support for NHS Trusts to improve cyber security, as part of a new “ambitious tech overhaul”.

Under the new plans, top technology companies were challenged to develop new, innovative GP IT systems to empower patients to access more health services online and through their phones.

The plan laid out cloud-based, modern systems that could share life-saving patient information “seamlessly and securely” - from GPs to hospitals and social care settings.

As attacks become more prevalent, security has to be “a high priority for firms” explained Darren James, a cyber security expert from Specops Software, “Otherwise they face the huge risk of leaving their website and digital communication platforms exposed to devastating cyber-attacks or breaches.”

He continued to say that “key decision makers need to carefully understand and manage their online eco-system to ensure it consistently has the adequate defences in place to protect against varying cyber threats. In addition to this, education as well as governance on cyber security for employees can play an essential role in protecting critical functions from being targeted or compromised”.

The infamous WannaCry cyber attack in 2017 caused thousands of appointments and operations to be cancelled, and in five areas patients had to travel further to accident and emergency departments, although again exact numbers are not known. More recently it was reported that the devastating attack could have been prevented if the NHS had followed basic IT security best practice, an investigation by the National Audit Office claimed.