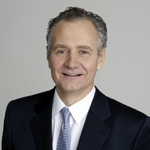 Elmar Schnee, head ofMerck KGaA’s pharmaceuticals unit, is stepping down to be replaced by the bossof emerging markets at US drugs giant Merck & Co.

Mr Schnee, born in1959, is leaving for personal reasons as chief of Merck Serono, and StefanOschmann, 53, will take over the unit as well as the Darmstadt-based group’sConsumer Health Care division from January 1. The latter, a German, had beenwith Merck & Co since 1989 and has served as president of emerging marketssince 2009.

The announcement camehours after the Financial Times Deutschland had reported that Merck would notbe extending Mr Schnee’s contract due in part to the clinical setbacks the firmhas suffered of late. Last month, the US Food and Drug Administration extendedits review period for the company’s multiple sclerosis pill cladribine, whichwas rejected by advisors to the European Medicines Agency in September.

Merck has also failedto get additional approvals for its colorectal/head and neck cancer drug Erbitux (cetuximab). A year ago, theEMA’s Committee for Medicinal Products for Human Use rejected the therapy as atreatment for advanced lung cancer.

FrankStangenberg-Haverkamp, Merck’s chairman, paid a warm tribute to Mr  Schnee, who has headed uppharmaceuticals since 2005, saying the “market-exceeding growth of Merck Seronosince its creation is clear proof of his success”. He added that Mr Oschmann has“broad experience in managing international pharmaceutical markets” and “is theideal candidate to successfully drive the internationalisation of Merck Seronoand to advance our pharmaceutical R&D.”

Meantime, Merck noted thatit has expanded its collaboration with the San Raffaele Scientific Institute in Milan. The original pact wassigned in 2004 to advance clinical research projects in MS andneurodegenerative diseases and the partnership has now been extended for threemore years.