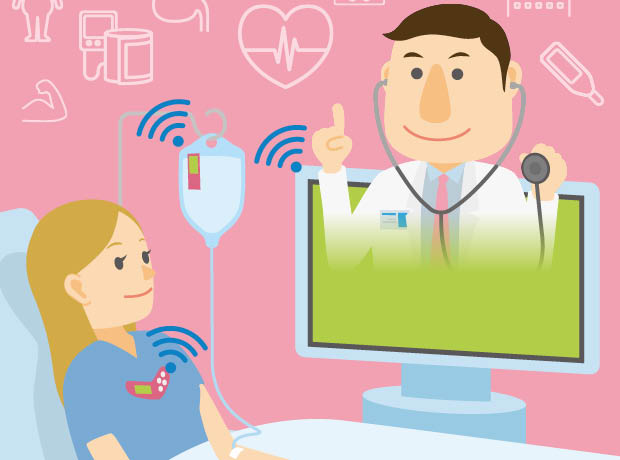 A new test created by a team from the University of Strathclyde takes just two and a half minutes to accurately diagnose sepsis, meaning it could help save up to 14,000 lives a year.

The test works by looking for a protein called interleukin-6 (IL-6) in the blood, levels of which rise in most, although not all, cases of sepsis.

It is not yet permitted for routine use in NHS hospitals, but researchers claim that in the long run the new technology could save thousands of lives by offering results in a fraction of the time of currently used methods.

Diagnosing sepsis currently can be a complex process, but fortunately developers hope the low-cost test could come into everyday use in as little as three to five years.

A current blood test that aims to determine the best antibiotic to treat the infection can take up to as long as 72 hours, losing valuable time.

It is estimated that 52,000 people in the UK die every year from sepsis, which is a serious complication of an infection in which the body's immune system starts to attack the body's own organs and can be fatal.

Inventor Dr Damion Corrigan, from the department of biomedical engineering at Strathclyde, told the media: “With sepsis, the timing is key. For every hour that you delay antibiotic treatment, the likelihood of death increases. At the moment, the 72-hour blood test is a very labour-intensive process but the type of test we envisage could be at the bedside and involve doctors or nurses being able to monitor levels of sepsis biomarkers for themselves.”

NHS roll out digital checks for dementia and falls