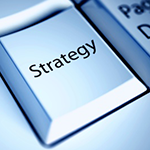 The number of alcohol-related NHS admissions reached 9.9 million in England during 2012-13, according to a new report.

The findings, from Alcohol Concern, show that whilst A&E admissions accounted for six in every 10 alcohol-related hospital visits, inpatient admissions were responsible for almost two-thirds of the total cost burden. The charity’s Alcohol Harm Map, produced in partnership with Lundbeck, also shows that 9.6 million people in England are now drinking in excess of Government guidelines, of whom 2.4 million are classed as high risk.

The map also revealed almost half of all head and neck cancer patient admissions were alcohol-related (47.4%), costing the NHS £65.3 million, while just over 13% of all malignant tumours of breast cancer patients were also attributed to alcohol, costing £27.1 million.

Alcohol Concern chief executive Jackie Ballard said the NHS “is now facing an intolerable strain from alcohol-related illnesses”. She added that “this is not just from readily-identifiable causes such as A&E visits and admissions for liver disease, but from a significant number of other conditions in which alcohol plays a major, but often underappreciated part”.

Ms Ballard went on to say that “we urgently need action to prevent alcohol misuse; the first and most effective of which is for the government to implement a minimum unit price, which has the potential to save the economy millions, and most importantly save lives”.