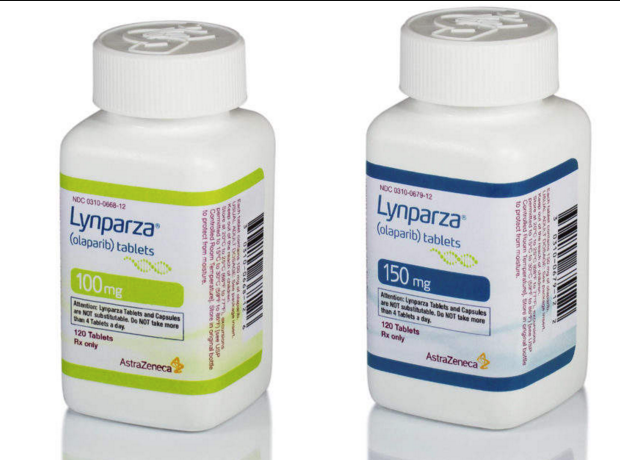 The National Institute for Health and Care Excellence (NICE) has recommended MSD and AstraZeneca’s (AZ) Lynparza (olaparib) tablets, for adults who have relapsed platinum-sensitive ovarian, fallopian tube or peritoneal cancer with a BRCA1 or BRCA2 mutation.

The decision was based on a clinical trial in which the drug stalled growth of the cancer for around 13.6 months compared to placebo.

The news means that the first-in-class PARP inhibitor is now recommended for routine use in the NHS for people who have had three or more courses of platinum-based chemotherapy, with an estimated 100 people eligible for the treatment through routine commissioning.

However, the organisation has confirmed that for patients who have had two courses of platinum-based chemotherapy, the treatment does not meet NICE’s end-of-life criteria.

Instead, for this patient group the drug has the potential to be cost-effective if further data confirms the overall survival benefit. Because of this, it has been recommended for use within the Cancer Drugs Fund (CDF) for people who have had the two courses of platinum-based chemotherapy – meaning that around 1,100 people will be eligible for the treatment through the CDF.

Earlier this month, MSD announced that it had been successfully granted a supplemental New Drug Application in the US, for the drug in combo with bevacizumab (sold as Avastin by Genentech) for advanced ovarian cancer, as well as being given Priority Review.

The company says that the Priority Review was based on results from the pivotal Phase III PAOLA-1 trial, in which the drug combo reduced the risk of disease progression or death by 41% based on a hazard ratio of 0.59 and improved progression-free survival (PFS) to a median of 22.1 months vs. 16.6 months compared to just bevacizumab.

AZ has mentioned that tablet forms of the drug will eventually replace the capsule form, due to restrictions in its licensing status.