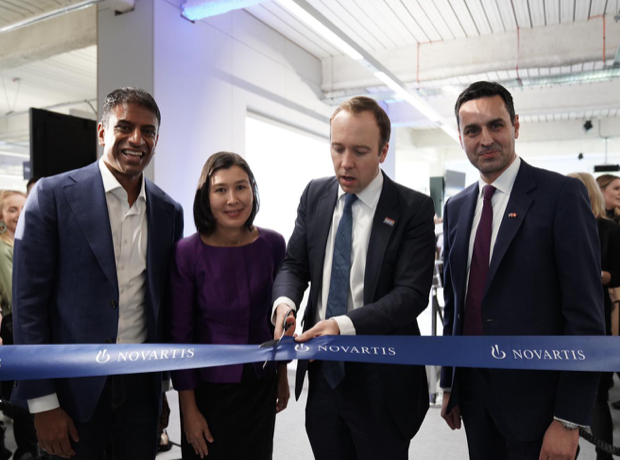 Novartis has opened its new headquarters in White City, London, along-side its announcement that the UK will become the global centre of a major new clinical trial to investigate the use of inclisiran in improving cardiovascular outcomes.

The company says that the moves “reaffirm its commitment to the UK”, as it also pledges to expand its digital Biome programme to this country. The Novartis Biome is a “digital innovation lab” that aims to “empower and engender health tech companies and people passionate about disrupting healthcare” through the use of data and digital technologies.

The primary prevention study currently being planned with inclisiran in the UK builds on methods used to recruit 500,000 patients into the UK Biobank - a trial which is “an important opportunity to test the ability of inclisiran to lower the risk of heart disease and stroke in a broad range of people” explained sir John Bell, regius professor of medicine at Oxford University.

He continued, “At the same time, it will demonstrate how a new generation of streamlined trials can provide reliable information about novel treatments for conditions that affect large numbers of NHS patients.”

As a result, the “innovative” collaboration between Novartis and the NHS pioneers a world-first, population health model to a large at-risk patient population with atherosclerotic cardiovascular disease.

“As a company working to improve and extend human life, we’re optimistic about today’s announcement and what this could mean in the ongoing battle against cardiovascular disease—the world’s leading cause of death and disability. We see the UK, with its deep commitment to life sciences, as an attractive place to reimagine medicine,” commented Vas Narasimhan, chief executive officer at Novartis.