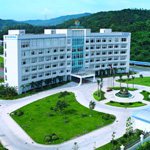 Nycomed is increasing its presence in China through the acquisition of a majority stake in Guangdong Techpool Bio-Pharma Co, a firm which specialises in biologics derived from natural sources.

The privately-owned Swiss drugmaker is spending $210 million to bag a 51.34% stake in Techpool which has "developed and launched a number of innovative protein drugs". These are led by ulinastatin, a broad-acting trypsin inhibitor for the treatment of sepsis and multiple organ dysfunctions, and kallikrein, a serine protease, used as a neuroprotective agent in the treatment of stroke.

Techpool’s products are sold across China and exported to a number of countries, including Japan and South Korea. Nycomed notes that the company has built a strong intellectual property position, with 35 patents filed, of which 17 have already been granted, including one US patent approval.

The Zurich-headquartered firm added that deal creates an "enhanced commercialisation base" for its products, with an initial focus on three drugs: the blockbuster proton pump inhibitor Pantoloc (pantoprazole), the bovine blood derivative Actovegin and Ebrantil (urapidil) for high blood pressure.

Nycomed chief executive Hakan Bjorklund said the deal "provides us with a unique opportunity to strengthen our business in China, one of the world’s fastest-growing pharmaceutical markets". He added that Techpool’s "specialty franchise is highly complementary to Nycomed’s development strategy and will become a cornerstone of our international expansion in emerging markets".

Guido Oelkers, head of commercial operations at Nycomed, told PharmaTimes World News that the company is particularly excited about working with Techpool's other major shareholder Shanghai Pharmaceutical Group which has a 40.8% stake in the firm and is the second largest distributor in China. He also noted that ulinastatin has a lot of growth potential and there are plans to internationalise the sepsis product in other emerging markets.

Techpool is a fast-growing company and had sales of around $90 million last year and that figure could rise by around 25% this year. It will work as a separate entity to Nycomed China and "value will be created through various forms of alliances between the two".