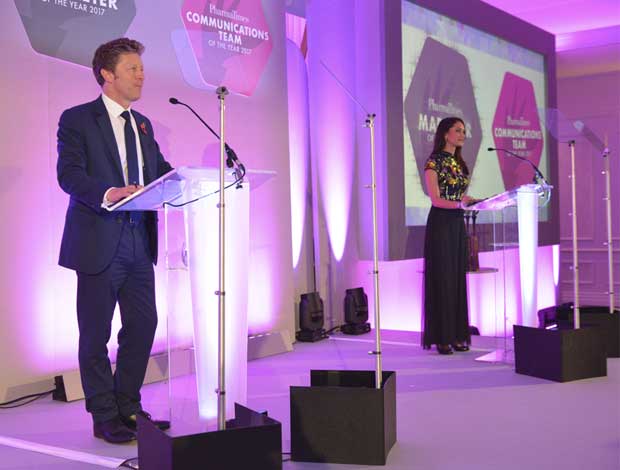 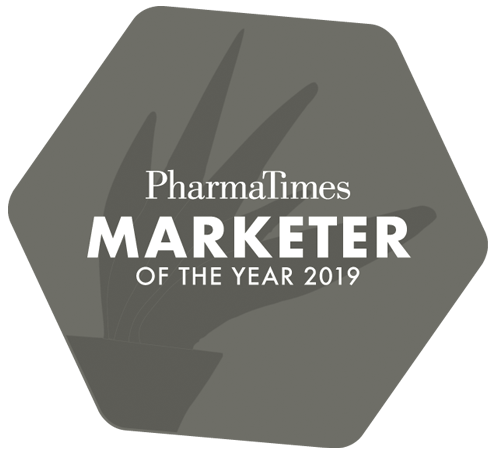 Having been called out to Yemen earlier in the week, renowned journalist Clive Myrie was unable to make it back in time for the ceremony. Charlie Stayt, the face of breakfast news and an old friend of Clive’s stepped in at the last minute to present alongside fellow newsreader and TV personality Babita Sharma.

Prior to the ceremony, Charlie gave a speech to invited guests in which he said: “The response to the 2017 competition is vastly improved – PharmaTimes reports an increase in the number of entrants and participating companies, together with a high-quality line-up of finalists – which can mean only one thing, we are in for a very exciting evening ahead.”

Following a warm welcome from the hosts, Sabina Syed, managing director at Visions 4 Health and Co-chair of the Executive Steering Committee, took to the stage. She said: “The competition has been fierce – we have seen nearly double the number of entries compared to previous years which is absolutely fantastic. Also within the communication agency competition, we had to close entries early as we were at capacity.”

Sabina went on to explain that all finalists had competed in a rigorous and complex challenge, appropriate for their category. “The competition was simulated in real time which required a demonstration of a dynamic combination of marketing and communication competencies,” she said, adding that candidates were judged by an independent panel to ensure a robust competition process.

In between starters and the main course, Babita spoke to special guest Chloe Brown, project worker at Investing in Children about the patient journey. Chloe facilitates the Diabetes Project at IiC and has lived with Type 1 Diabetes for 16 years, having been diagnosed when 9 years old. She was joined on stage by Sarah Whitecross, who bravely spoke about her experience of living with Type 1 Diabetes and how the Project has helped her.

After desserts had been served the ceremony kicked off. The first winner of the evening was WA Communications, scooping Communications Team of the Year for the NHS Challenge.

Marketer of the Year was awarded to Denika Chapman from Internis, while the Lundbeck’s Gawain Shirley was named National Market Access Lead of the Year, a new category introduced alongside the other, slightly adjusted categories to make the competition more commercially focused and reflective of the increasingly challenging business environment.

Lundbeck went on to win again, this time in the Commercial Cross Functional Team category, while Abbvie picked up the highly coveted ‘Company of the Year’ award.

The ceremony closed with Babita congratulating the winners and finalists for their tenacity and hard work through all stages of the competition. Charlie thanked the sponsors for their support, commitment and generosity, and the judges and Executive Steering Committee for their help and dedication to the competition.

Full results will be available shortly