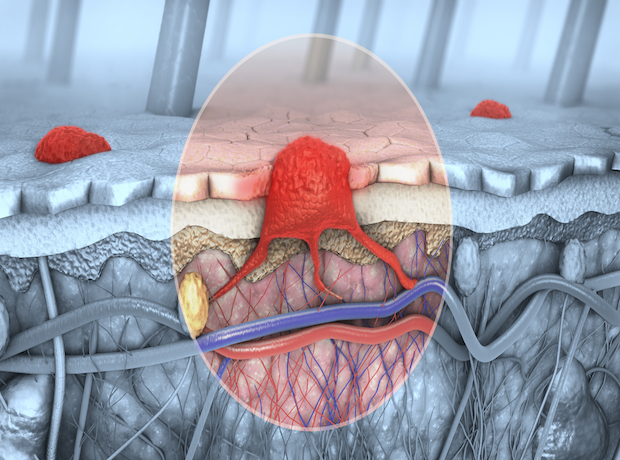 Melanoma skin cancer deaths have shot up in the UK rising two and half times since the 1970s, according to figures released by Cancer Research UK.

The data also show that the rise is greater in men than women, with death rates in men more than three times higher now compared to 70s.

According to the charity, this could be partly explained by the fact that incidence rates rose faster in men and cases were likely diagnosed at a later stage.

Ninety-one percent of melanoma patients in England are diagnosed at an early stage, and 91% will survive their disease for five years or more, however, since the early 1990s, melanoma incidence rates have more than doubled in the UK, which could partly explain why death rates are higher.

CR UK says many deaths could be prevented as 86% of cases are linked to too much sun or sunbeds. The risk of developing the disease is three times higher in people who have had sunburn just once every two years, and just reddening of the skin or tenderness is a sign of sun damage, it stressed.

“Even though many summer holidays on beaches abroad have come to a halt, you can still get burnt in the UK sun,” said Michelle Mitchell, Cancer Research UK’s chief executive. “With rates rising, it’s never been more important to stay safe in the sun and contact your GP if you notice any unusual change to your skin.”