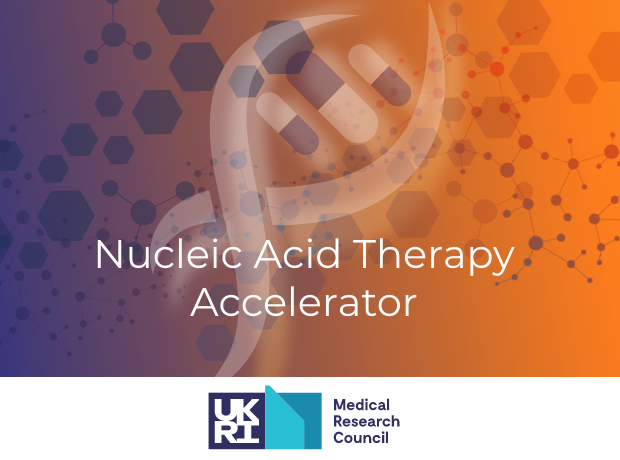 The UK Research and Innovation (UKRI) organisation has announced the launch of a new “Nucleic Acid Therapy Accelerator” (NATA).

The body has revealed that the NATA, which is a new national research initiative tasked with unlocking the potential of precision genetic medicines and anchoring the nucleic acid therapy industry, will capitalise on the UK’s industrial and academic research base to accelerate development of novel therapies.

The Accelerator will be run by an interim team of experienced industry and academic scientists, and managed by professor Matthew Wood. It will be run out of a 30-person strong hub, focussing on technology innovation based in the Life Science Cluster in Harwell.

Speaking on the launch, Professor Sir John Bell, regius professor of medicine at Oxford University said: “These therapies have the potential to tackle diseases that arise in patients who have genetic errors in their DNA. By using novel nucleic acids as tools, scientists can modify or reduce the expression of faulty genes that cause disease.

“Despite the recent approval of some high-profile NA therapy drugs, success has been modest. The development of NA therapies for diseases such as Parkinson’s and Huntington’s depend on their accurate delivery to specific target organs or tissues within a patient’s body.

“For NA medicines to truly underpin a paradigm shift in healthcare, we need to address some major scientific and industrial challenges: precise and accurate delivery; safety; and the high cost and complexities of manufacture.”

The NATA says that it will work in partnership with key stakeholders across the industry, academia and charities to develop research programmes to address such problems.

As it stands there is a “huge burden” of unmet medical need, due to the vast number of diseases that are untreatable with traditional therapies. This is where advanced - nucleic acid - therapies come in to play.

The Accelerator has already revealed plans to hire a permanent director and open its laboratory in Harwell.

UK researchers back use of steroid inhalers during pandemic