Orphans are not alone 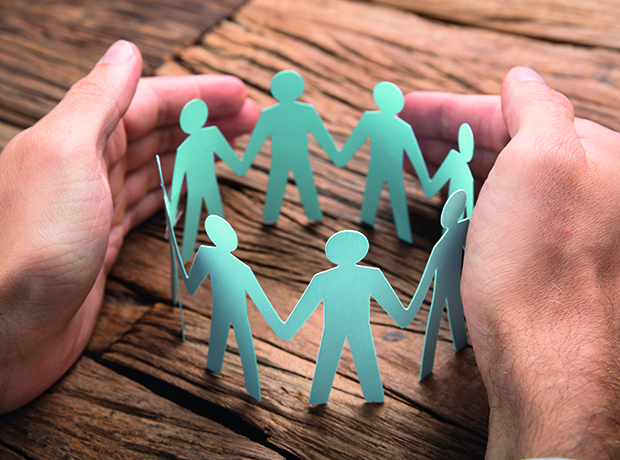 As many as 500 million patients worldwide are suffering from a ‘rare’ disease. This evolving landscape is a growing concern for payers, say Adelphi Values | PROVE

It is a paradox to consider orphan drugs as treating rare diseases with relatively few patients. In isolation perhaps, but collectively there are more than 7,000 rare conditions already identified, with as many as 500 million patients worldwide suffering from a ‘rare’ disease. In the US, ‘collectively’ there are as many patients suffering from a rare disease as suffering from diabetes and nearly twice as many as have chronic obstructive pulmonary disease (COPD). Our default mentality when contemplating the orphan drug market should be ‘individually rare but collectively common,’ as this would be a far more accurate perception to hold.

Payers have long since grasped this mantra and are increasingly thinking of the combined impact of orphan drugs rather than rare conditions in isolation. Their expectations in terms of value demonstration are also changing, aligned with this thought process. It is after all, conventional industry behaviour to price orphan drugs high, with studies demonstrating a strong correlation between price and rarity. Justifying these hefty price tags in a value-based environment is becoming increasingly perilous. In the US throughout 2017, the average orphan drug cost five times that of its non-orphan counterpart. There are signs that this gap is ever so slowly diminishing, perhaps due to pressure on orphan manufacturers to reduce the cost of treatment, however the gulf remains intact.

Even with pricing pressures causing an unwelcome imposition, the rare disease space remains an area ripe with opportunity. There are still thousands of conditions untouched by medical innovation. Worldwide orphan drug sales are forecast to grow at double the rate forecast for the non-orphan market and orphans are expected to capture a fifth of worldwide prescription sales by 2024. Payers are not surprisingly raising questions on whether healthcare systems have the correct balance between incentivising the rare disease industry and ensuring financial sustainability. Major reforms are perhaps on the horizon, but as things stand, with marketing exclusivity etched into law and reduced R&D costs through tax credits, grants and reduced fees, it is hardly surprising that this space has become immensely competitive. In Germany over the last few years around a third of new drug approvals have been for rare diseases, in the US half of the new active substances approved in 2017 were for orphans.

China is the latest country to announce tax breaks, and from 1st March 2019, VAT will be reduced from 16% to 3% for 21 orphan medicines and 4 active pharmaceutical ingredients for rare diseases. This represents the latest move in China’s campaign to incentivise the development and market access of orphan drugs - following the National Medical Product Administration announcement in 2017 that their priority review pathway would focus upon rare diseases. China has recognised that they are falling behind in the treatment of rare diseases and this opens up significant potential for international companies.

In many ways pharmaceutical and biotech companies have become victims of their own collective success and a consequence of their effort is the inevitability of payer concern. Add in the insatiable desire to obtain value and this leads us down a path of ever-growing scrutiny. In 2017, the US Congress cut back many of the tax cuts for orphan drug development and policy reforms remain a hot topic. Even in Germany, which has for a number of years been the most attractive European market for orphans, things are perhaps changing. Here, the advantage of an assumed benefit, means the worst possible HTA outcome is currently a non-quantifiable benefit. However, the newly proposed GSAV legislation, a law for more safety in the supply of medicines, has several potential implications. One of the main components demands better evidence for orphan drugs and changes to revenue thresholds could see orphans undergo a full benefit assessment under AMNOG without the assumed benefit.
If accepted, from the July 1 this year the G-BA would also have legal authority to reassess several orphan assets. The new regulation also provides opportunities to incorporate real-world evidence, which so far has not been looked upon as acceptable by the German HTA.

How to effectively and fairly evaluate orphan products remains something of an enigma and most countries still struggle with the desire to provide potentially life saving access, whilst balancing the need to deliver value for money and fiscal viability. Most countries recognise that assessing orphan and rare drugs under the same guidelines and procedures as standard drugs, despite the clear differences between the two, will cause significant disparity. Several EU countries have adapted their processes for this very reason, Ireland is the latest country to propose a unique process for assessing orphan drug reimbursement, with the 2018 ‘Pricing and Supply of Medical Goods’ amendment. This Bill aims to establish specific criteria applicable for orphan medicinal products for the purposes of the Health Service Executive making a relevant decision regarding adding an item to the Reimbursement List. Changes have also recently been introduced by AIFA concerning the procedure for request to access the ‘AIFA 5%’ fund. This national fund was introduced to expedite access to orphan drugs which are still awaiting approval in Italy. The request for access is patient-specific and is submitted to AIFA by the Centre of Reference. If approved, the cost of the treatment for that specific patient is reimbursed to the hospital by AIFA.

The orphan drug market is at an interesting crossroads. There is much debate about reforms to policy where the landscape may be overtly favourable and elsewhere there are moves to further encourage access. Two major companies have recently announced their intention to withdraw from the rare disease space, Astra Zeneca and GSK. Perhaps they view rising costs of development in the US coupled with payer pushback as a less attractive proposition. It is true further innovation will be needed, not just through drug development itself, but through access approaches, pricing strategies, and creative economic modelling techniques. With evolution there is always opportunity, as Darwin postulated - “it is not the most intellectual of the species that survives; it is not the strongest that survives; the species that survives is the one that is most able to adapt and adjust to the changing environment in which it finds itself”. It holds true for many paradigms; biotech and pharma companies engaging within the rare disease space is just one more.

This article was authored by Richard Hutchinson, a senior director at Adelphi Values | PROVE.
For more information, please visit www.adelphivalues.com