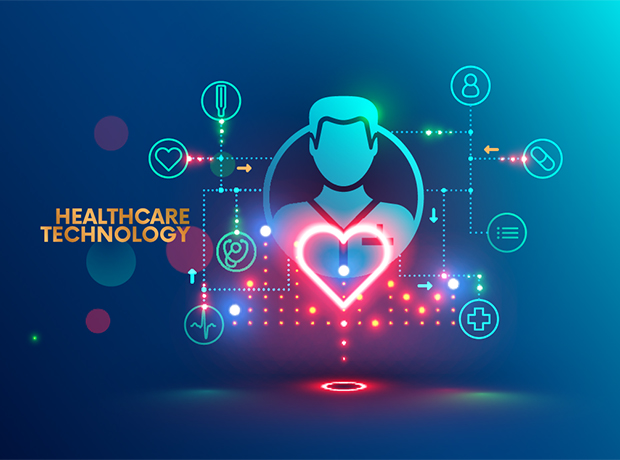 Is Europe catching up (or pioneering the way) in digital therapeutics?

The US has been at the forefront of digital therapeutics (DTx) on many counts, as demonstrated by the amount of development activity as well as some of the steps taken by healthcare players in actively shaping this nascent sector. The story is very much that of an emerging treatment class. The question was firmly anchored four or five years ago around clinical evidence and whether a DTx can impact patient outcomes. Once some early proof points were created and the clinical evidence started flowing, the questions quickly shifted towards definition and how to evaluate these software-powered interventions.

A challenging phase is still evolving, but crucial, as DTx now seek to differentiate themselves from the myriad of other digital health interventions, all while standing up to the rigour demanded by regulators. The FDA early on realised the heterogeneous nature of what is now deemed ‘software as a medical device’ and, in line with these developments, introduced the pre-certificate programme, which was deployed with a view to supporting this potentially novel and emerging intervention.

However, despite some early success we have still failed to achieve wide-scale adoption and are arguably still in the fragmented subscale experimentation phase. This brings us to the current challenge – market access, reimbursement and coverage.

A DTx may have a drug, software and device component, all of which can be bundled together as a service. How then can you consistently evaluate these? How are they classified for reimbursement? And how can you code these in systems used for prescribing drugs? In the US, some DTx that have been granted regulatory approval for a number of years are still struggling to be reimbursed outside of clinical trials.

This brings us to the latest developments in the US. We’ve seen the introduction of CMS codes that now allow physicians to code for their time, at least with respect to the remote monitoring dimension of DTx. In addition, Express Scripts has announced the creation of a digital formulary, which will provide access to digital health apps that meet certain criteria, while CVS Caremark, its pharmacy benefit manager (PBM), has announced that it will create a platform for validating digital health apps with a view to making it easier for its payer clients to review and select effective solutions to embed in their plans.

However, a fundamental challenge continues to be the actual reimbursement and coverage of a DTx, which is plagued by questions, such as “is it a pharmacy benefit or is it a medical benefit?”. When we talked to a cross section of payers for a behavioural CNS indication, all of them envisaged providing coverage within their benefit over the coming two years, suggesting an increased awareness and commitment to resolving some of the barriers. However, there is evidently still a lot of complexity that needs to be resolved to ensure these are consistently defined and covered.

The picture in Europe

We have now also seen some interesting developments in Europe. In the UK, NICE has introduced a framework for setting evidence standards for digital health technologies, depending on the potential risks to users and thus the expected evidence tiers. Interestingly, the FDA has just followed suit and released updated guidance on medical software systems falling under agency oversight, which aligns closely to risk-based UK standards and those outlined by the International Medical Device Regulators Forum.

In line with Matt Hancock’s vision of providing more access to digital tools, the NHS is also building out a platform that aims to make it easier for physicians to prescribe DTx and the like, assuming they meet certain standards.

One such example is Sleepio, a clinically proven online sleep improvement programme, which is free to NHS patients living and working in Greater London, Oxfordshire, Berkshire and Buckinghamshire. Outside of Greater London, access may also be provided via the ‘Adult Improving Access to Psychological Therapies’ programme (IAPT), an initiative seeking to leverage the reach and access benefits of cognitive behaviour therapy delivered via digital therapeutics. It’s important to note though that this journey wasn’t straightforward and that the initial direct-to-consumer model was not particularly successful. Patient behaviour is an important consideration and, irrespective of clinical efficacy, purchasing a digital self-treatment app in a brick-and-mortar store proved too detached from the patient journey to be a viable model.

More recently, we’ve seen more sweeping changes that promise to develop an environment and infrastructure that enable wide-scale adoption, an issue plaguing many current DTx. In Germany, the Digital Care Act, which builds on the E-Health Act of 2016, aims to deliver interoperability of healthcare IT systems and better access to telemedical services. All pharmacies, for example, will have to connect to the telematics infrastructure with a drive towards more harmonisation.

There is also a drive to provide better access to health apps. The German Federal Institute for Drugs and Medical Devices (BfArM) will be responsible for assuring data security, data protection and functionality. Those health apps that pass and are subsequently successfully launched will have one year to demonstrate that they improve patient care. During this year they will be covered by statutory health insurances, while the reimbursement amount will be negotiated with the German Association of Health Insurance Funds (GKV-Spitzenverband).

It is encouraging to see some healthcare system stakeholders take proactive steps. Barmer, a German insurer, is making the Kaia-app, a digital training programme for chronic back pain, available to more than three million of its members. Even more encouraging, they will be focused on driving behaviour change by offering it for free for the first 12 months. New markets, new players, new approaches!

Similarly, France has introduced the My Health 2022 bill, which includes ePrescriptions and guidance on certification and prescribing criteria for digital health apps. Similarly to Germany, security and integrity of the data are front and centre. European agencies and policy makers are clearly making bold and concerted commitments to supporting DTx.

All of this points to a sector that is nascent and emerging, and the lack of a clear differentiated leader points to the myriad of different challenges that companies continue to face. Even now, when some precedent exists, there is still a lot of uncertainty and many of these processes are by no means tried and tested. We’ve seen companies engage regulators early and upfront, yet still face issues at the final hurdle. It is therefore important for companies to focus on some of these fundamental challenges early, so that assumptions can be incorporated that allow the company to adapt and iterate their approach, while also planning for different scenarios and eventualities.

The simplest questions, such as “what problem are you solving for?” and “how can you prove it?”, continue to be fundamental, yet in surprisingly many instances remain poorly defined. In contrast, other challenges will require novel approaches and different capabilities to help navigate, such as the workflow integration and a robust understanding of reimbursement, coverage and coding challenges, which continue to hinder wide-scale adoption. It is therefore important to connect to the ecosystem of stakeholders early, working with a trusted partner that provides the cross-functional and operational experience across the development and commercialisation continuum, and who is also able to appreciate the nuances of support required for a DTx and an emerging sector.

Digital therapeutics have been in the spotlight a lot this year and if you want to learn more about what we’re discussing, why not check out the Digital Therapeutics paper we published earlier this year at http://www.syneoshealth.com/Dtx-digital-therapeutics.