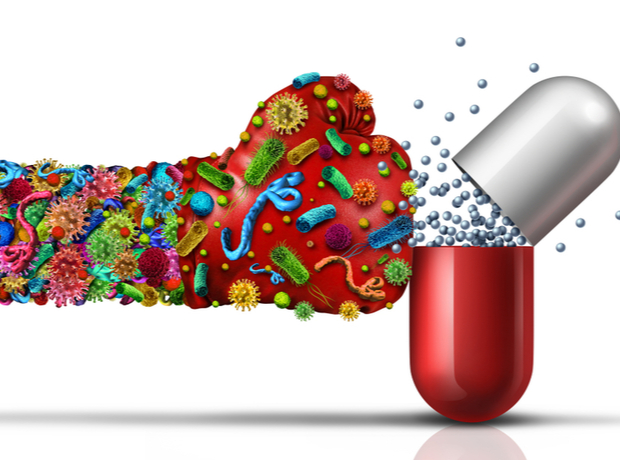 The misuse and overuse of antibiotics has consequences. We are in very real danger of creating an environment where chemotherapy is unsafe, pneumonia becomes untreatable and a simple cut can kill.

The scale of antibiotic resistance is thrown into stark relief during antimicrobial/antibiotic awareness week last month. It is a powerful platform that brings interested organisations together to review urgent efforts to tackle the challenge.

These and a host of other national and international initiatives are making real progress. A new wave of solutions are emerging that take a fresh look at the problem – to provide innovative, cost effective and drug free responses.

A problem on a global scale

The World Health Organisation (WHO) describes AMR as one of the biggest threats to global health. It states that it occurs when, “…bacteria, viruses, fungi and parasites change over time and no longer respond to medicines making infections harder to treat and increasing the risk of disease spread, severe illness and death.”

While AMR is a natural process, widespread misuse in both human and animal populations accelerates adverse outcomes. It has led the UK’s NHS, for example, to restrict the routine use of antibiotics in a range of common infections, including those for the chest, ear and throat. It is an attempt to limit resistance in more serious infections, such as pneumonia, tuberculosis and gonorrhoea.

These actions are understandable given the scale of anti-microbial resistance (AMR). In the UK, Public Health England (PHE) reports that in 2019, AMR incidence grew to 61,000 infections – up by more than 9% over 2017 – and that it recorded 165 new antibiotic resistant infections every day. In the US, 2.8 million people contract an antibiotic resistant infection every year, leading to 35,000 deaths.

Looking at the global picture, it’s clear that AMR is a health emergency, killing an estimated 700,000 annually. Yet this is just the tip of the iceberg: unchecked, global deaths could top 10 million a year by 2050 – a number that exceeds current cancer deaths.

Prevention is better than cure

In the US, the Centre for Disease Control (CDC) follows a four-point strategy, to: 1. prevent infection; 2. track antibiotic-resistant infections; 3. steward antibiotics (and limit use to where they are effective and necessary); and 4. develop new diagnostics and drugs.

The first of these holds true to the age-old aphorism that 'prevention is better than cure'. If healthcare systems can reduce the incidence of infection in the first place, there is no need for the use of the antibiotics that can accelerate AMR. To date, this has seen a focus on rapid treatment of those who develop an infection, washing hands and effective hygiene approaches to prevent spread.

Medical equipment can cause infections, which often demand treatment with antibiotics. With an AMR crisis already in progress, it is essential that we move towards safer medical equipment and find new ways to reduce reliance on drugs.

There is interest – based on a growing body of evidence – in materials that naturally inhibit infection and spread, such as copper. The antiseptic properties of copper have long been recognised and harnessed – with mentions of its use in the sterilisation of chest wounds as far back as 2600BC.

Science has taken a more systematic approach since the 19thcentury as our understanding of infection has grown. At the cellular level, copper ions puncture the outer cell wall membrane or viral coat of microbes. This rupture then allows the copper ions to destroy the DNA and RNA inside the cell, preventing it from replicating.

Recent research suggests additional uses for the metal in healthcare settings. A peer-reviewed study was the first to find that copper-infused wound dressings can lead to a drop in surgical site infection by over 80%.

Copper has also demonstrated promising results in women suffering vaginal trauma. The number of women with lacerations following childbirth, for example, can be as high as 85%. Owing to the humidity of the wound site, bacterial infection is a constant problem and is the single biggest cause of maternal mortality, accounting for over one in 10 deaths. The use of copper infused sanitary towels, however, saw a reduction in perineal wound infection of 77%.

During a global pandemic, it is also interesting to note evidence on the efficacy of copper infused face masks. Tests carried out in the US and Japan show that the surface material of a new generation of copper-infused masks eliminates more than 99.99% of the SARS-CoV-2 virus strain within 30 minutes. This is in stark contrast to the more traditional surgical type mask in widespread use across the NHS, which according to research reported in Lancet, shows that the virus can persist for up to seven days.

The time to act

Global responses to AMR are making a difference. Campaigns across the globe, such as the UK’s ‘Antibiotics don’t work for everything’ initiative are raising awareness in both patients and clinicians that the effectiveness of these ‘miracle’ drugs is limited and overuse will limit them further. They are helping to reduce prescription rates in England, with total consumption of antibiotics falling from 19.4 defined daily doses per 1,000 people per day in 2015 to 17.9 in 2019.

COVID-19 is a warning that we must develop drugs to treat future threats, yet new antibiotic drug development has stalled. Currently, there are around 40 clinical-stage antibiotics in development, but just six are considered novel by the WHO. Thankfully, the pharmaceutical industry is mobilising resources to reverse the trend: in July 2020, more than 20 companies including GlaxoSmithKline, Novartis and Pfizer joined forces to create a $1 billion fund to kick start the antibiotic drug pipeline. Even this combined effort is still only likely to develop between two and four new antibiotics by 2030.

Understanding of the scale of the problem and the need for urgent action is encouraging, but to echo the UK’s antibiotics campaign, there isn’t a pill for everything. Effective approaches to AMR must, of course, look to pharma, but also to innovative applications of other technologies such as copper infusion.