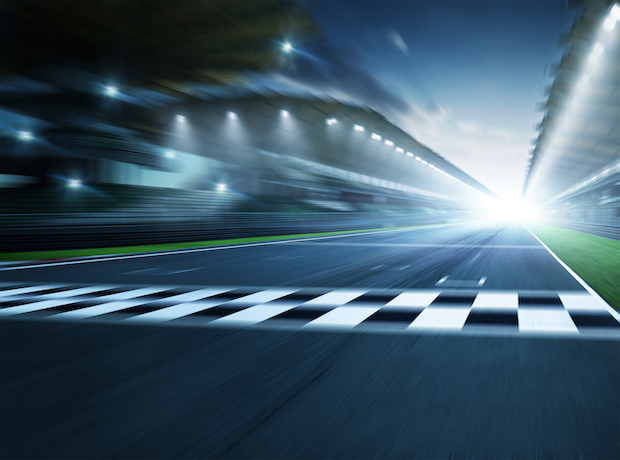 In the clinical trials race, there is no finish line...

When you look at the headline statistics of medical research in Britain, it appears that the sector is in rude health. According to the National Institute for Healthcare Research (NIHR), more than 732,000 people in England took part in a clinical trial in 2019/20 – with a record 1,166 commercial studies supported by the clinical reference network. The pandemic has since thrust medical research into the wider public consciousness: over 200,000 participants from across the UK have taken part in some form of NIHR-supported research into COVID-19.

This is reflected in the international league tables for commercial trials. According to the latest research from the Association of British Pharmaceutical Industries (ABPI), the UK is the leading European country, behind only China and the USA when it comes to early Phase I trials, and is second globally on Phase II.i On the face of it, this could present a challenging backdrop for writing an article about the opportunities to enhance UK medical research.

Yet when you delve further into the data published by the NIHR Clinical Research Network, there are areas where improvement can be made. I wanted to explore three of these – around recruitment, Phase III trials, and the lessons from COVID. The themes were informed by a panel discussion at the Conservative Party Conference, which featured the contributions of Alzheimer’s Research UK, the ABPI and the Minister for Innovation, Lord Bethell of Romford.

The issues with slow and difficult recruitment have been understood for some time.ii Being unable to enrol patients at the desired rate leads to delays and additional costs, or the trial commencing with a reduced cohort meaning that its conclusions are less robust that originally envisaged. The latest available data published shows that just one third of commercial studies were able to recruit their first participant within 30 calendar days of the site launching. There are complex reasons driving this; previous studies have identified constraints on clinical time; the complexity of trial procedures themselves; and by extension the willingness of doctors to propose the trial to their patients as principle factors.

But if there is one thing which could genuinely transform recruitment speeds, it would be access to high quality patient data. Whilst the benefits of a single-payer NHS system are often lauded, the UK still lacks unified, national databases showing potential eligible patients for clinical research. This is especially important as medicines become more targeted towards specific mutations or stages in a disease – making it harder to find the patients who stand to benefit. Efforts are underway to provide the data which can support large-scale clinical trials in the UK, most notably the NHS DigiTrial system – which is the Health Data Research Hub for Clinical Trials. The DigiTrial programme was established in September 2019 but has already begun to bear fruit, providing data collection and processing which supported the successful RECOVERY trial. It is essential that the programme is awarded the sufficient funding to scale up its current offer to include identification and communication services to trial sponsors. This would enable the benefits of DigiTrial for recruitment to be felt across a range of areas: from major conditions such as Alzheimer’s to rare diseases which affect a handful of people in the UK.

The establishment of five Patient Recruitment Centres across England this year is another positive signal of intent. Backed by £7 million in government investment, the centres have the specific aim of decreasing the time taken to establish late phase commercial trials in the NHS with standardised contracting and delivery approaches. The choice of host locations – five trusts in Bradford, Blackpool, Leicester, Exeter and Newcastle – is a recognition of the strength in NHS clinical research which exists outside of London.

Meanwhile, new metrics have been introduced to address a lack of consistency in data collection on recruitment and setup across different sites. The new target – calling for set-up times to be reduced by 5% - is easy to understand and hopefully achieves the right balance between ambition and feasibility.

Bringing late phase to the party

The latest data suggests that the UK continues to fall behind global competitors when it comes to hosting Phase III trials, slipping to third place in Europe behind Germany and Spain. Why is the UK underperforming here compared to earlier trials? One of the biggest issues lies in contracting procedures. Currently, a life science company looking to host multi-site trials will have to negotiate with each individual NHS Trust, resulting in separate costs and contracting. This takes up valuable time across both the NHS and industry, and has led to an opaque system that makes it challenging to predict the overall cost for delivering a late stage trial.

Whilst perhaps not the most glamorous area of the science innovation story, introducing a consistent approach to contracting for research would make a material difference to how the UK is viewed by commercial trial sponsors. The NIHR has kicked this process off this year, launching an interactive costing tool which streamlines the process for industry and undertaking a series of pilots. However further reforms were paused in the Spring as attention shifted towards the pandemic – with no further updates since then on the future for the national contract review process.

Redoubling efforts on faster costing and contracting is essential if the UK is to strengthen its global leadership in phase III research. This feels especially important in the context of Brexit and the end of the transition period in December, which could present a challenging backdrop for the sector.

Learning the lessons from COVID, but with a twist

It seems premature to consider the learnings from COVID at a point when infections are returning towards the peak witnessed in May. However, innovation in medical research has been identified as one of the silver linings of the pandemic. Much of the focus has been on the flagship RECOVERY trial, which recruited its first patient on 19 March, and issued policy-changing findings just 89 days later – when the results of the dexamethasone arm were announced to the press on 16 June. Several elements of the trial design: a flexible 20-page protocol, accelerated ethical approval, straightforward recruitment and swift data collection and publication – should be ‘bottled up’ for wider application. It was also reported that simple innovations – such as consolidating the e-learning for healthcare professionals setting up the trial into a small number of 5-10 minute videos – made a difference to engagement and uptake across NHS trusts.iii

Yet we must also acknowledge the limitations to draw wider conclusions from the response to an unprecedented public health emergency. All patients admitted to NHS hospitals were eligible to take part in the RECOVERY trial; this ease of recruitment is not a transferrable lesson for other conditions. Trials for a medicine to treat neurodegenerative diseases such as Alzheimer’s often target biomarkers found in those at the earliest stages of the disease – with most dementia patients turned away at the door. Similarly, elements of the initial COVID response were characterised by a return to command and control, which goes against the grain of greater patient involvement and consultation in decision making.

There is also now the pressing question of how quickly non-COVID clinical trials can resume. As of early September, only 62% of studies were either open or in the set up/follow up stages. Recruitment of patients has similarly stalled – with only 24% of commercial studies enrolling patients since June. This contrasts to countries, such as Germany, which have been swifter in restarting medical research and are already back to pre-pandemic levels. Flexible approaches, including remote monitoring and delivering treatments direct to patients’ home, may need to be stepped up to ensure that participants do not miss out amidst a second spike in infections.

Going for gold – and beyond?

Despite those caveats, there are reasons for optimism that the UK can continue its leadership role in clinical trials. The UK science and research sector provides the strong basis: both in identifying the medicines of the future and then being at the forefront of conversations around complex innovative design (CID) for trials – as illustrated by the work of the Experimental Cancer Medicine Centre (ECMC).

The agenda also benefits from strong political backing. The Minister for Innovation Lord Bethell has identified broadening participation in and speeding up of clinical trials as personal priorities – in part shaped by his own father’s experience with Parkinson’s. And the medical research community stands to benefit significantly from the Conservative manifesto commitment to increase investment in R&D to 2.4% of GDP by 2027.

Whilst solidifying the UK’s leadership role will warrant celebrating, the greatest challenge in science and innovation is to continue that momentum – especially in the face of setbacks.

In the 1970s, American sportswear brand Nike wanted a slogan to inspire athletes to aim higher. Working with their advertising company, Nike devised the iconic manta: There is no finish line, which encapsulated the continual pursuit of perfection for its sportswomen and men. It is a message which applies equally to the landscape of clinical trials – where becoming a global leader should not signal the end point, but the promise of more.

i ABPI. Clinical trials: How the UK can transform the clinical research environment. Available at: https://www.abpi.org.uk/publications/clinical-trials-how-the-uk-can-transform-the-clinical-research-environment/