Are we actually all COVIDiots? 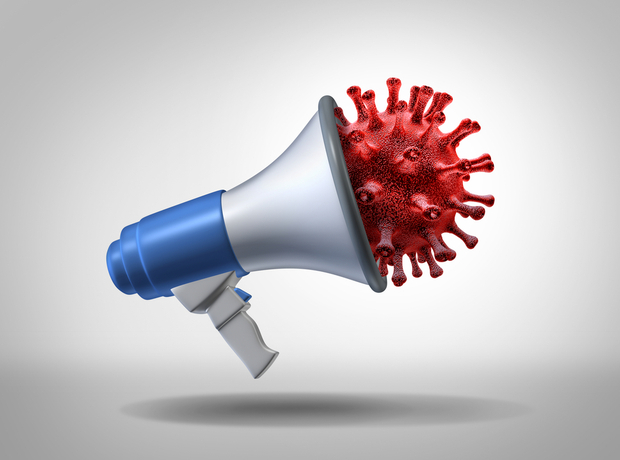 Despite thousands of column inches, millions of social media mentions and the odd meme over the last year, Engine I MHP wanted to test the hypothesis that, actually, people were still in the dark on the science of COVID-19 and how this should affect their behaviour during lockdown.

To test the theory that there was a distinct gap between exposure, awareness and then understanding of key terms related to COVID-19 among the general public, we worked with Savanta ComRes to survey 2,000 members of the general public to assess which terms were known and which the public felt confident explaining to someone else.

The results were clear: across the 19 most media-cited terms tested (more on the number later), most people had heard of each terms, but far fewer felt confident in their meaning. Surprising given the consumptive effect of COVID-19 in the media since last February? Maybe. But the results have highlighted some distinct do’s and don’ts when feeding health messages to the general public, which are also applicable to the land of life sciences communication.

While public recognition of both scientific (10 terms tested) and social terms (9 terms tested) was high across the board, the polling revealed variable confidence among the public in being able to confidently explain what these terms mean. Among the scientific terms most cited in the media since the pandemic began, ‘R number’ was recognised by 88% of the public, yet only 46% of those polled said they could confidently describe what an ‘R number’ is. Similarly, despite high (88%) levels of awareness, the term ‘variant’, could only be confidently explained by less than half of respondents (44%). Lowest ranking scientific terms included ‘asymptomatic’, ‘antigen’ and ‘PCR test’ with 16%, 26% and 35% respectively saying they had never heard of it.

Among more social terms tested, there was again high level of public recognition across the board, but a significant proportion of the public stated they couldn’t explain the following terms confidently, if at all: ‘support bubble’ (33%), ‘key worker’ (25%)  and ‘circuit breaker’ (40%).

The potential impact of these findings are of course wide-reaching. We know a significant proportion of the public get their heath information from peers and family members. The lack of confidence therefore among the public to explain what these critical terms mean, might contribute to the spread of misinformation. The exercise was also a stark reminder of how many new terms have been added to the public’s vocabulary since the pandemic began: we tested 19 of the most commonly-used terms, some of which having similar meanings. This should be a lesson in not only keeping the number of technical terms of a minimum, but also ensuring that there aren’t duplicative terms being cited.

Why are these findings important?

How should these data inform our work?

As healthcare communicators, we know that health information is important and should be taken seriously. The near-saturation of our television and social media screens during this past year with information about the novel coronavirus is proof of this. The gravity of health information and the importance to ‘get it right’ explains why we spend a huge amount of intellectual energy in the refinement and testing of our message, to seek that happy medium of clarity, simplicity and resonance. These efforts come to nought if they are not employed in the right way, by the right people however. In many ways, the messenger is as important as the message. In times of stress which, lets face it, includes a global pandemic, people look to people like them, their tribe, for comfort and reassurance. In times when our health is in jeopardy, we may receive information from expert healthcare professionals, but we will also seek validation from our peers. The trick, therefore, is to marry together messenger with message and ensure the spokesperson is able to truly speak to the people you are trying to reach.

What we do know for sure though is that we have learnt an inordinate amount about medicine, society and human behaviour during this pandemic. On the other side we’ll have a job on our hands to build a better, more informed and healthier world. A true understanding of our message, our audience and the messenger and knowing the consequences of getting it wrong will be a central part of that rebuilding job.

Kate Pogson is head of health at Engine I MHP