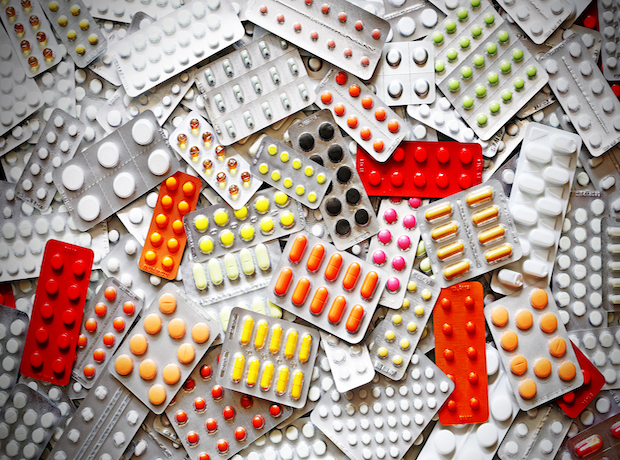 As Europe braces for a long and difficult winter, the importance of our medicines supply chain has never been more clear or important. Although the continent’s medicine manufacturers have stepped up to the challenges of this pandemic – ramping up their production capacity to cope with skyrocketing demand for essential drugs and supplies – COVID-19 has served as a major wake-up call, forcing society to pay attention to the industry’s long standing issues.

And with a second wave of the pandemic running rife, now is the time for European lawmakers to address strategic vulnerabilities that could risk Europe’s ability to supply key medicines, including those as essential as paracetamol.

COVID-19 has taught us many things, but it’s also hit home a few truths we have known for a while, but chose to ignore. One of those is the extent to which solidarity and cooperation quickly give way to self-interest during times of crisis – both at an individual level and at a state level.

At an individual level, we’ve seen panic buying and stockpiling. At a state level, we’ve seen the same creating critical shortages of PPE, ventilators and even some medicines largely due to a lack of pan European coordination.

As recently as last month, European countries, including the UK, the Netherlands and the Czech Republic, were forced to begin rationing of remdesivir, a drug once hailed as a panacea for treating COVID-19 patients.

A critical global shortage of remdesivir follows a decision by the US federal government, earlier this year, to stockpile a three-month supply of the drug.

Similar measures have been pursued around the world since the outbreak of this pandemic – and they certainly haven’t been limited to rich, Western countries.

Back in May, India’s decision to temporarily curb the export of 26 active APIs, and the medicines made from them, reverberated around the world and prompted the EU’s Health Commissioner to call for “proposals that would encourage industry and production again in the EU.”

Recognising the security imperative of a resilient medical supply chain, US lawmakers are increasingly calling on drugmakers to manufacture medicines exclusively in the US.

If Europe wants to maintain a similarly resilient network, now is the time for decisive action that secures Europe’s manufacturing industry.

To give a sense of scale: In 2000 Europe held more than half of the licenses to manufacture APIs (the active pharmaceutical ingredients) that it needed to meet its demand, while Asia made up roughly a third.

Now, the situation has reversed, over the past 20 years the API ratio has completely changed with one in six APIs needed in Europe exclusively produced in China. The geographic concentration of Asia’s API manufacturing industry – in specific regions of China and India – now means the European continent’s supply chain is heavily exposed to geographical, environmental and political troubles in those areas.

If European lawmakers are serious about tackling these risks, they will need to address the financial and regulatory factors that have driven industry away. Europe has been happy for patients to source medicines from overseas at prices that the bloc, with its higher labor costs and stricter regulations, couldn’t offer. As a result, many generic companies have moved their production facilities overseas.

Add a slow and cumbersome regulatory regime and you have the perfect recipe for unsustainability.

Reversing that trend is going to require an open and candid conversation about who pays and how we value medicines, notably generics. The status-quo – where a medicine’s value is determined only by its price, and where Europe’s regulatory regimes are effectively playing against Europe’s security of supply – is simply not fit for purpose.

We employ almost 20,000 people in Europe and contribute roughly $26 billion to the GDP of 12 EU countries. As a company that notably produces generic medicines, we save EU healthcare systems roughly $9 billion a year in costs. We want to be in Europe for the long haul, but we need a robust dialogue with politicians about how to make the landscape we operate in more predictable and more sustainable for manufacturers, especially for essential generic medicines.

Some of these changes are simply about cutting bureaucracy, such as having more digital interactions between industry and regulators, or moving from paper to e-leaflets for medicine packets. Others involve having a frank conversation about what it means to manufacture in Europe.

There are long-term trade-offs between pricing and manufacturing investments that we need to decide on now, especially in the traditional generic sector. The current pricing model does not allow adjustments to reflect real changes in the cost of goods, manufacturing, regulatory procedures and/or distribution. It also fails to recognise investments to protect supply chains or efforts to avoid, reduce or control pollution. Considering that one of the European Commission’s main priorities for the next five years is the move towards a 'greener' society – surely it is in everyone’s interests to incentivise manufacturers who can support this transition.

The current work on the EU’s Pharmaceutical Strategy provides a once in-a-generation opportunity to future-proof the continent’s medicine supply chain, and to fix some of these market conditions are gradually pushing production offshore.

Now is the time for a conversation about what it takes to protect and value the continent’s manufacturing industry.

Richard Daniell is head of Europe Commercial at Teva