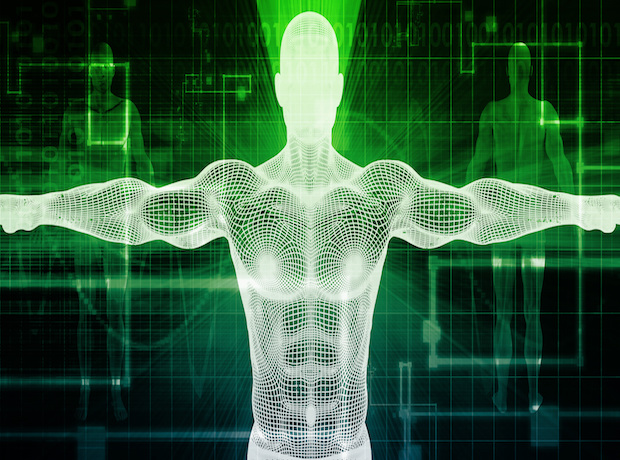 If we are to truly beat cancer, we need to pay as much attention to detecting it as we do treating it.

This may seem obvious, but consider the facts. Late-stage cancers are notoriously hard to treat, requiring sophisticated, expensive, and often harsh drug treatments to contain the disease. But the disease’s earlier stages are far more treatable – and even curable – with treatments like surgery and radiotherapy. The survival statistics clearly reflect this – for example, almost nine in 10 people diagnosed with early stage bowel cancer survive their disease long term, but this drops below one in 10 of those diagnosed at the most advanced stage.

Recognising this, in October 2018, then Prime Minster Theresa May announced a bold new ambition: that the NHS would make sure three in four patients are diagnosed an early stage within 10 years. It was an announcement that all of us at Cancer Research UK cheered unreservedly.

Two years have passed and I am sad to say that, since then, progress has been slow – even before we account for the dreadful impact of COVID-19 on every aspect of society.

In fact, there is a risk of this becoming a huge missed opportunity – for patients, and for the UK as a whole. Scientifically speaking, we are living through a revolution in early cancer detection. New technology enables detection of traces of cancer that were previously invisible or undetectable. An ever-advancing knowledge of the disease’s early stages means, increasingly, we know what to look for, and where to look. This is creating an entire new field of research, focused on detection not treatment, but still with cure as the goal.

And as with all new fields of research, it opens up opportunities for innovation and investment, to translate these advances into real-life, NHS-approved tests for people with cancer, and to build a new industry around them.

It’s an industry that, if it plays its cards right, the UK is in prime position to lead. We have a world-leading science base and a historically exceptional healthcare infrastructure, which allows us to attract investment from corporations and private finance on a global scale – something we do successfully when it comes to pharmaceutical R&D. And alongside its commitment to early cancer diagnosis, the UK government has a clearly-stated ambition to become a global science superpower and plans to increase R&D investment to 2.4% of the UK’s GDP.

So why has this field’s true potential remained largely unexploited – both globally, and here in the UK?

A range of historic challenges span all stages of the process, from ‘blue-skies’ laboratory discoveries through to eventual implementation and adoption of tests based on them. But above all, progress has been hamstrung by a market failure.

Take the high cost of research and development. For a new cancer test to be implemented and adopted, the current system calls for clear evidence of an impact on cancer survival, a process which requires long, expensive studies. Compared to the pharma sector, the pathway to regulatory approval for new tests and diagnostics is often unclear. Despite recent commitments, historically there is a general under-valuing of innovative diagnostic technology by the health system. All of this creates a perfect storm, de-incentivising industry and investors from operating in this space.

On top of this, there are gaps in our knowledge, not least the health economics of early detection – something essential when making the case for investment, and to regulators.

To address these multi-faceted challenges and to establish a path forward for the UK, Cancer Research UK conducted an extensive consultation exercise with over 100 expert stakeholders across a broad range of sectors, to develop an Early Detection and Diagnosis of Cancer Roadmap. This articulates a shared vision, from discovery to implementation, for a long-term future where every cancer is diagnosed early. It dives into the challenges impeding progress such as those discussed above and makes a series of tangible recommendations for how to overcome them. They are a call-to-action for all sectors - industry, academic, NHS and Government – and each will require bold, collaborative effort.

Given the potential benefits for patients and the global growth of industrial and private finance interest in this field, it is clear that research into early cancer detection, along with innovation and healthcare provision, should form a central pillar of the UK’s approach to realising its clearly-stated ambitions in both cancer and research. There is a huge opportunity to ‘de-risk’ the field and attract inward investment to the UK.  And, much more importantly, there is an opportunity to revolutionise the way cancer is diagnosed, and to save countless lives.

With the devastating impact of the COVID-19 pandemic on cancer screening and diagnosis, there could not be a better time to act. The Roadmap outlines a plan to establish the UK as a world leader in early cancer detection – we now need to accelerate together towards the destination it allows: a day when all cancers are cured.