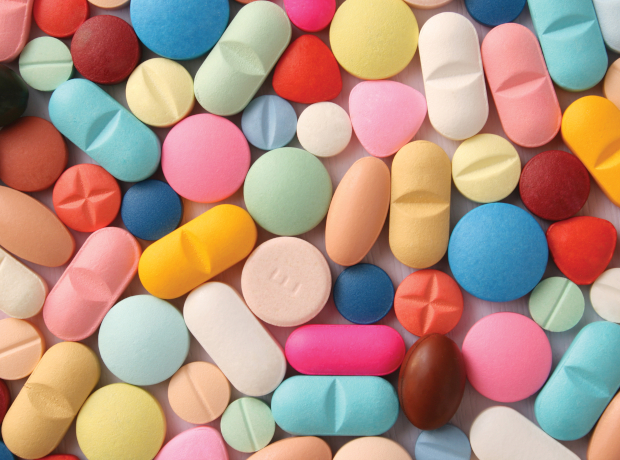 Once upon a time, statisticians were the owners of concepts such as ‘superiority’, ‘equivalence’, ‘non-inferiority’, etc. These days, members of other departments, such as marketing, medical affairs and the sales force must have a good understanding of these terms, in order to maintain high standards in their communications with customers, but also to remain compliant with laws, regulations and industry codes.

As far as comparing efficacy between your product (YP) and a control treatment (C), the issue is straightforward.

Superiority is demonstrated when, with a statistically significant result, YP is different in effect from C and when the observed result is in favour of YP. You can then claim that YP is statistically, significantly better performing than C. However, in the case of a non-significant result, you cannot claim a better performance of YP over C, but neither can you claim that YP is equally as good as C. In fact, there will be always some small differences in effects and, for each small true difference (∆), you can determine a sample size such that, with high probability, the null hypothesis of equal effect in rejected.

With respect to the development of medical treatments, it is becoming increasingly difficult to develop more powerful drugs, hence pharmaceutical companies are looking for new treatments that have approximately the same efficacy, but demonstrate better quality in other aspects. This trend stimulated the development of clinical trials that aim to show that YP is not inferior to C. Such trials are called non-inferiority trials. In a non-inferiority trial, only the upper bound of the region of non-inferiority (∆NI) is defined and, when the 95% CI (confidence interval) for ∆ lies left of ∆NI, YP can be claimed to be non-inferior to C.

Earlier, I was referring to the need for pharmaceutical companies to differentiate their products based on other features, rather than efficacy. One of these could be safety.

Nowadays, several products entering a new, highly competitive therapeutic area, choose safety as their competitive advantage. But, how to compare safety of two products in a rational, balanced and compliant way?

There are several ways in which promotional communication uses safety as a competitive advantage. One of these is comparing information taken from the Summary of Product Characteristics (SmPC). This may sometimes be inappropriate.

To illustrate my view, I have taken as an example two phosphodiesterase type 5 inhibitors for the treatment of erectile dysfunction: the first product ever launched, branded sildenafil (first SmPC available in the electronic medicine compendium (eMC) in September 1999), and the more recent branded avanafil (first SmPC available in the eMC in March 2014).

Safety claims could be extrapolated from Section 4.2 (Posology and method of administration) of the SmPC. This section contains information on special populations, specifically children, the elderly, patients with renal and/or hepatic impairment and use of concomitant medications. Other sources of important safety information are Sections 4.3 (Contraindications), 4.4 (Special warnings and precautions for use) and 4.5 (Interactions with other medicinal products and other form of interactions). Care should be taken to ensuring that the statements in the SmPC refer specifically to YP and not to a class effect.

Unfortunately, several pharmaceutical companies seem to be obsessed with the use of the ‘Tabulated list of adverse reactions’, which is found in Section 4.8 (Undesirable effects). The first point to consider is whether the list is limited to adverse reactions (ARs) reported in clinical trials or include also ARs reported in post-marketing surveillance. This is important, since some ARs can only be observed when a product has been administered to a very large number of patients. Hence, the more patients are included in the analysis, the more reliable the reported frequency of a specific AR is. This makes the comparison of tabulated lists of ARs difficult to interpret.

To demonstrate this, I have looked at the tabulated lists of ARs reported in the SmPCs of sildenafil and avanafil.

The latest sildenafil’s SmPC (dated May 2019) states that its safety profile is based on 9,570 patients in 74 clinical studies and that ARs from post-marketing surveillance have been gathered covering an estimated period of >10 years.

If we now look in the eMC at the available changes of the tabulated list over time, we can see that deafness was added in March 2008; somnolence, hypoaesthesia, atrial fibrillation, vertigo, tinnitus, nausea, dry mouth and lacrimation disorders in August 2008; haematuria, haematospermia and penile haemorrhage and haematospermia in January 2013.

For avanafil, the latest SmPC (dated April 2018) states that its safety profile is based on 2,566 subjects exposed to avanafil during the clinical development programme. By looking at the table, no Very common ARs are listed.

Looking at the eMC at the available changes of the tabulated list over time, we can see that epistaxis was added in November 2017.

It is not my intention to go through these lists in detail, but the question is: taking into account the launch dates and the number of patients to whom the products have been administered, would you feel comfortable in claiming that, for example, the incidence of headache with sildenafil is very common, whereas for avanafil it is common? Or that, during post-marketing surveillance of avanafil, you will never receive reports of serious ARs such as seizure, NAION or SJS?

In conclusion, forget tabulated lists of ARs in your comparative advertising. These can be tricky. Focus on other sections of the SmPC and you might find a hidden treat.