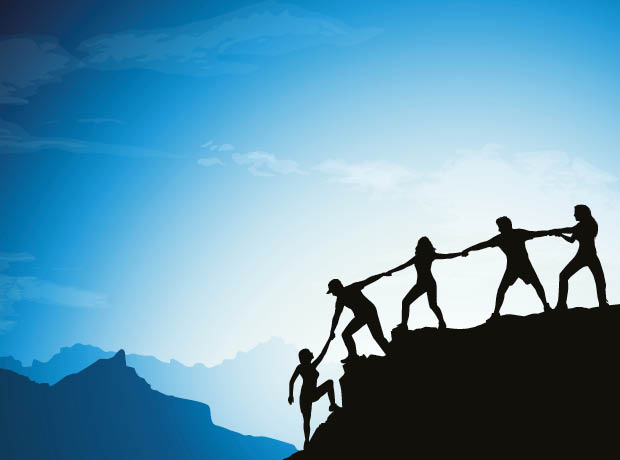 Healthcare professionals from the World Health Organisation (WHO) recently claimed that global antimicrobial resistance should be considered one of the greatest threats to our health in the 21st century. Every year around 500,000 people worldwide develop resistances and the numbers are growing rapidly. It's a grave threat, and it concerns us all. Without effective antibiotics to prevent and treat infections, medical procedures such as organ transplantation, diabetes management or even basic surgery becomes very high risk.

Antibiotic use has been on the increase for the last decade. Over the last four years alone, it's risen 6.5 percent in England, often for the treatment of coughs and colds, sore throats or ear infections (most of which are caused by viruses, meaning that antibiotics were of no use at all). It is estimated that the problem of antibiotic resistance could result in 10 million deaths globally by the year 2050, costing around £66 trillion due to more extensive healthcare needs of the affected.

However, while there are more and more antibiotics being used all around the world, people often don’t take all of the medication they've been prescribed. A study from 2013 suggested that this non-adherence is likely to be costing the NHS £500 million a year due to prolonged and more complicated treatments.

So what can be done to fight against antibiotic resistance? The obvious answer, to develop new and better antibiotics, is costly and would take a very, very long time. Instead, the focus of many global governments and companies is to convince medical staff to prescribe fewer antibiotics on the one hand, and, crucially, to educate people about medication and support their adherence where possible. Not only is this less costly, but when done right, offers a much more effective and sustainable solution.

But in order to design solutions to effect such behavioural change, we first need to understand the factors that prevent people taking their medicine regularly or completing their course of medication. During a 2014 conference on the (non-)adherence of medication, Professor of Behavioural Medicine Rob Thorne of University College London stated that non-adherence can be both intentional and unintentional, driven by overlapping conscious processes (such as decisions about whether and how to take medicine), and unconscious processes (the effects of environmental cues and habits). A potential solution will need to address both aspects of human decision-making in order to make a real difference.

Another study from 2013 revealed that a patient’s individual beliefs, both about the treatment and the prescribed medicine, are a crucial factor which is often neglected in clinical care. The decision to use a medicine is often balanced between the patient’s perceptions of personal need, and concerns about potential adverse consequences of taking it. These concerns go well beyond the side effects and include primary worries about the medicine’s long-term effects or the stigma of relying on medicine on a daily basis. Finally, building up the habit of taking a medicine regularly can be difficult, especially since many people can ‘feel a lot better’ halfway through a course of a prescription and wrongly assume that they can then stop taking the medicine.

Current efforts to address this problem (such as the EU’s European Antibiotics Awareness Day (EAAD) or the ‘Keep Antibiotics Working’ campaign run by the NHS) don’t seem to be getting much public attention, leaving them short of achieving admirable goals. These initiatives primarily focus on healthcare professionals, by trying to reduce the amount of antibiotics being prescribed, as well as introducing antibiotics stewardships to support people’s adherence.

As a designer, my focus is always the ‘end-user’. In the healthcare system – the patients themselves. Isn’t a patient focus, with a holistic approach, the best way to guarantee lasting changes in behaviour?

The lack of focus on the person who is supposed to be taking the medicine is not ideal, but it's understandable: Government programmes, intent on achieving behavioural change on a large scale, have naturally focused on the most convenient channels and approaches. The majority of programmes set their sights on educating people about the consequences of inappropriate medication intake on a broad scale, thereby providing an impersonal, unengaging experience and leaving the accountability entirely up to the individual.

However, the focus seems to be shifting. Countless start-ups, agencies and small business are making a move into the health sector, bringing new ideas and challenging old ones. With the development of new digital technologies, both practitioners and patients can make use of much more convenient and efficient channels of communication, education, progress-tracking, accountability as well as a deeper understanding of human behaviour during medical treatment in general.

As these new possibilities open up, I see three elements in particular that need to be investigated more closely: social, time, and risk-related factors.

Firstly, a person’s social context is an influential factor in how they take their medications. Not only is medicine prescribed by medical professionals, with whom the patient often has a close relationship, but intake may also be controlled and even administered by the patient’s social support network. There is, therefore, a complex web of social factors, such as personal beliefs about medication intake, or the stigma of being reliant on medication for healing, to be considered.

Secondly, factors relating to the timeframe of medication intake are often overlooked. When patients first experience a significant improvement in their symptoms, there's a temptation to stop taking the medication. However, in order to overcome an illness, it is usually necessary to complete the entire cycle of a prescription. Nevertheless, patients often can’t see the necessity of continuing to take the medicine – they may not be sufficiently aware of the negative consequences of not finishing their prescription cycle.

Informing, supporting, and educating the patient provides the optimal solution for effecting behavioural change in health care, and digital services designed with the patient front of mind have a huge part to play. With services such as the NHS’ ‘GP at hand’ it has never been easier for a patient to get in touch with a GP in order to seek advice. However, we're only seeing the first steps. These digital services need to be extended in order to provide (potential) patients with more than just a platform on which to seek medical advice, but also to provide a channel of ongoing communication and feedback between doctor and patient. The opportunities and potential benefits are endless – imagine falling sick, getting an online prescription from your GP in next to no time, having the medicine delivered to your door, your doctor checking in on you when it suits you, and him or her also keeping an eye on you until the treatment is confirmed as completed, all the while checking for potential side effects.

The untapped potential of habit-creating and habit-enforcing digital solutions that support patients with chronic illnesses is enormous. Digital services such as mypill, reminding women to take their contraception on time, mySugr, supporting diabetes patients of all ages, or MangoHealth all aim at supporting medication adherence. The aforementioned services with their millions of users provide compelling examples of the development in recent years – the influence of digital services in the health sector has begun, and now is the time to ensure they're built with patients at their core.

Max Crichton is a UX consultant at The BIO Agency