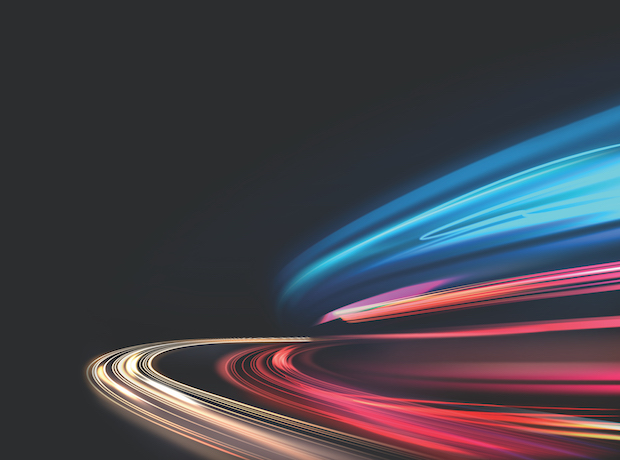 Time doesn’t stand still in any industry, but throughout pharma the future is always tantalisingly close, requiring companies to reach out, reinvent and realise their potential. Rosemont Pharmaceuticals has been moving with the times for over 50 years

In 1967, England were football’s reigning world champions (they really were), The Beatles were the biggest band in the universe and pretty much everyone – including dogs and cats – smoked. Make no mistake, things do change. In 1967, however, British pharma companies were pace-setting, treatment pioneers and the envy of the world. Evidently, some things never change.

Indeed, throughout the 1960s, Britain witnessed a boom in innovative small-to-medium pharma companies, specialising in specific healthcare arenas, and driven by a mission to shake up the traditional treatment ecosystem.

In that seminal year of ‘67, Rosemont Pharmaceuticals was founded by two Leeds-based pharmacists; both motivated to revolutionise treatment delivery and produce liquid medicines for vulnerable patients who were not able to swallow tablets or capsules. It was the beginning of an enduring treatment crusade which continues to this day.

From the outset, Rosemont’s operation has always been fully integrated, with a clear emphasis on the development, manufacture and supply of high-quality oral liquid medicines on prescription, and from a single location. Despite being half a century ago, it’s a system that has stood the test of time, especially in the current post-Brexit, pro-environmental, COVID-19 era when traceable supply-chains, in-house production and rapid response times are major currencies.

The company has also invested millions into its cutting-edge research and development site, and manufacturing facilities, while its wide range of products now includes treatment for cardiovascular, endocrine, central nervous system and gastro-intestinal conditions. It is this diversity, coupled with an unflinching focus on patient well- being that has enabled Rosemont to, not just coexist among big pharma compatriots, but thrive.

Rosemont’s refreshing perspective on cohesiveness has also seen it reject the route of mass fragmentation, subcontracting or moving its site abroad, and that loyalty has had its rewards, as the once humble city of Leeds has become an international powerhouse for business and healthcare. Rosemont has also enjoyed steady growth during the last century and currently holds over a quarter of the UK market share in liquid medicines.

The company’s long story has, inevitably, involved a number of forks in the road. A few years ago the company was acquired by Perrigo (an international selfcare company), increasing Rosemont’s exposure, diversifying its product offering and cementing its position as leaders in the UK’s liquid formulations market. This was an enlightening chapter, and galvanised its belief in collaborating and accelerating processes.

Since then, it has started another intriguing chapter after joining Inflexion – a private equity firm. This move has provided much- needed impetus to Rosemont’s expansion plans, and it is excited about the prospect of increasing product offerings and changing the lives of even more patients. As the company rediscovers its independence, under the guidance of new chief executive Howard Taylor (formerly general manager), it is looking forward to introducing a ‘connect and develop model’ as part of the new strategic direction.

We can work it out

Oral liquid medicines are a niche market and, in the coming years, Rosemont is keen to share its expertise and establish dynamic partnerships. It is particularly keen on working with companies who can take advantage of Rosemont’s amalgamated operations, and in doing so, accelerate production and get treatments to patients quicker – essential during COVID-19.

“We are actively seeking and welcoming partnering opportunities at home and internationally,” explains marketing manager, Caroline Husic. “Business development, in-licensing and contract manufacturing are all open for discussion and we are excited about the possibility of some innovative collaborations.”

Rosemont’s approach to joint-working is indicative of a progressive and modern brand of pharma which is open to sharing data, exchanging knowledge and delivering solutions. Mercifully, it’s a far cry from the caricature of pharma companies as anonymous, isolated entities shrouded in secrecy. The new healthcare world is all about unification and we reject it at our peril.

With this in mind, Rosemont already has a considerable frame of reference, in the form of its unique collaborations with patient groups and medical professionals. It is keen to continue this trend by supporting the NHS and its long-term projects, such as the Academic Health Science Network, which connects industry with local authorities, the NHS and academic organisations.

From an environmental standpoint, Rosemont is acutely aware of its responsibilities, and by being able to monitor precisely what it uses during onsite manufacturing processes, the company has rapidly adopted a ‘zero waste to landfill’ policy – a template which will surely be taken up across the wider pharma community in the years to come.

For many in pharma, COVID-19 has been the challenge of a lifetime – personally and professionally. Nothing quite prepared us for it, but the reaction in pharma has become a barometer for determination and character.

“During the peak of COVID-19, we have had to quickly adapt many areas of the business to meet the unexpected rise in demand for some products, like paracetamol,” reflects Caroline. “As a manufacturer and supplier of critical medicines, we have taken all necessary steps to ensure that we can protect the supply of our products, while also following Government and World Health Organisation (WHO) guidance.”

The company has also used the current situation to redeploy some employees to new areas of the business, providing them with opportunities to develop other skills and explore different areas of the business. In addition, some of Rosemont’s activities have adapted to the social distance guidelines, while most head office employees have been able to work from home. Furthermore, in a development which even the game changers of ‘67 may have found it hard to compute, Rosemont has also managed to carry out an entirely remote recruitment drive.

Throughout the crisis, Rosemont has kept its doors open and its absolute priority has been to maintain supplies to customers on the frontline. “We have very high service levels, which our customers really value,” says Caroline. “It’s been very important for us to continue reaching these standards during such unpredictable times.

“Community pharmacists are also under immense financial pressure and, with flu season fast approaching, an increased workload. We want to support them and continuing to supply the medicines they need for patients in their communities, is one of the best ways we can do that,” she adds.

Rosemont’s mission is to supply quality medicines to patients who have difficulty swallowing, while also focusing on the development of new molecules in a liquid format that have not previously been available to patients as a licensed option.

The company is also exploring other means of medication administration as alternatives to tablets – not just liquids. Earlier this year, it successfully launched omeprazole, a powder for oral suspension which is used to treat several gastrointestinal conditions, and has already transformed the lives of many patients.

This flexible approach chimes with the demands of modern healthcare and is also reflected in Rosemont’s determination not to operate in the restraints of a single specialised disease or therapy area. This freedom allows the company to provide solutions for a large cross-section of vulnerable patients, including paediatrics, the elderly and people with learning disabilities.

“These patient groups are susceptible to many conditions and we are determined to improve their health, well-being and quality of life,” says Caroline. “We want to assist with medication adherence, ensure that it’s as easy as possible for patients to take their medication and provide healthcare professionals with multiple treatment options; allowing both parties to make informed choices.”

Listening to patients, ensuring they always have a voice and encouraging input from the patient on their individual treatment journeys is a continuing passion for Rosemont and, in 2019, it launched the Care Home Charter alongside the Patient’s Association. This truly collaborative initiative aimed to provide a voice to patients in residential care, while also outlining a clear set of standards that patients within the care setting should be able to expect from healthcare providers.

The company also regularly conducts research with relevant groups of healthcare professionals, including prescribers and pharmacists in both primary and secondary care. By opening these communication channels, Rosemont gains a much greater understanding of customer needs and can adjust its offering accordingly.

During its 53-year history, Rosemont has reached numerous milestones, but its modus operandi has remained steadfastly ambitious – to grow the business, by bringing more medications to patients, throughout the world, and offering expansive treatment options for healthcare professionals to utilise.

Over the past few years, however, there are two additional dimensions, alongside treatment production, which have come to define the company’s perspective. The first is collaboration; the ability to transcend its own place in the pharmaverse and combine skills with teams from other companies and organisations, in the pursuit of a mutual healthcare goal. The second is an appreciation of the entire patient experience; understanding that the patient is a highly informed expert in their own health, and therefore a fundamental part of the solution.

By being part of an emerging ‘open era’ in which transparency, shared knowledge, dynamic healthcare partnerships are the catalysts for better treatments and improved lives, Rosemont is helping to take pharma into a new realm. The spirit of ‘67 still burns brightly, but for this company the focus is on an even brighter future for patients.