Leslie Galloway looks back over 2020, outlining the challenges faced by the life sciences sector and the potential opportunities that lie ahead

At the beginning of January this year, there was a brief news report about a virus in Wuhan that appeared to be quite virulent. That seems so long ago, yet the year has flown. Hopefully, before we know it, we will be reflecting on what we all did during lockdown and looking ahead to the challenges of 2021.

The pandemic aside, 2020 was always going to be a landmark year for the UK and the pharmaceutical sector. At the start of the year, our exit from the European Union (EU) was the single biggest challenge the sector would face.

With a recently elected Boris Johnson in power, it was increasingly clear that we could expect the UK to be outside the single market and customs union, bringing to an end decades of regulatory alignment and threatening to disrupt the free movement of medicines across the continent.

Back in January, we always knew that the Brexit process would go down to the wire, but there was some optimism that, with a near full year of negotiations and bargaining ahead, a compromise would be reached. Almost 12 months on and, for many in the sector, it still feels that there is as much uncertainty surrounding the future as there was then. While the pandemic has dwarfed the challenges presented by Brexit, they have not gone away.

One area where there is still no clarity is the Northern Ireland Protocol, whereby Northern Ireland will, essentially, remain in the single market and customs union. The benefit of this agreement, as Michael Gove MP informed the House of Commons in May, is that it respects “the need to bear as lightly as possible on the everyday life of Northern Ireland”. These are touching sentiments but for patients in Northern Ireland they don’t seem to ring true.

The introduction of a customs and regulatory border in the Irish Sea with checks in Britain on goods moving to Northern Ireland has some challenging complications for patients and the pharmaceutical sector.

Most notably, we will soon be in a situation where the Medicines and Healthcare products Regulatory Agency (MHRA) is the regulator for Northern Ireland, but all products must adhere to EU regulations, including the Falsified Medicines Directive. As such, medicines packaged for the GB market will no longer be compliant in Northern Ireland, and the continued availability of medicines will be put at risk.

Solutions to this issue presented to date, such as the creation of a product pack specifically for Northern Ireland, are non-starters – issues such as minimum manufacturing batch sizes make the concept economically unviable – likely leading to companies withdrawing their products from Northern Ireland altogether.

While the EU has agreed to 12 months ‘flexibility’ during 2021 for the full implementation of the Protocol, viable solutions are not yet forthcoming. If a solution cannot be found, this could have serious political consequences for both the UK Government and EU Commission.

To compound the issue, once operational from January, the Protocol will be in place for a minimum of six years (the Northern Ireland Assembly will be allowed to vote on rejecting the Protocol after four years, plus two years after a rejection for the arrangements to cease to apply) although it could be considerably longer.

Although significant challenges associated with exiting the EU remain, in other areas we appear to have made some more positive progress throughout 2020 and, for pharmaceutical companies, there are plenty of opportunities that will keep us occupied over the next 12 months.

Three of the main organisations in the UK that determine the rate of progress that our technologies make to reaching patients – the MHRA, NICE and NHSE&I – have all announced or are considering changes that, if wired up correctly, could make the UK more globally competitive and transform patient health.

The MHRA has set out a clear intention to become a leading global regulator. It has announced new national routes to market that include an Innovative Licensing and Access Pathway for innovative technologies that represent significant patient benefit.

The Pathway will facilitate tailored support throughout product development and encourage integration with other parts of the UK healthcare system to reduce time to patient access through the establishment of an Innovation Passport. There will also be a Rolling Review for New Active Substances and biosimilars – this is a flexible new modular approach to submission and assessment. Internationally, the MHRA is also developing deeper regulatory ties with the ACSS collaboration, meaning that technologies could achieve simultaneous approval in five countries at the same time.

NICE is also going through a period of self-reflection, consulting on a range of positive proposed changes that will seek to ensure it remains at the forefront of developments in health technology assessment. This includes a range of welcome reforms including the adoption of a Severity Modifier that will replace the End-of-Life Criteria, a greater acceptance of uncertainty in defined circumstances (eg, where evidence generation is complex and difficult, such as rare diseases, for innovative technologies that provide large benefits and when the uncertainty and risks can be monitored and controlled, such as in a managed access arrangement), the possible introduction of a modifier for technologies that reduce health inequalities, and the introduction of a reference-case discount rate to 1.5% per year for both costs and health effects.

Finally, NHSE&I is also considering how to implement the Innovative Medicines Fund. This could be an opportunity for industry to press for the substantial Voluntary Pricing and Access Scheme (VPAS) rebates we have been paying to be directed to the Fund and be allocated to underwrite our innovations in a much more transparent way.

All of these planned and proposed changes could be the beginning of a new approach to adopting innovation that will take us all the way from licensing through to the patient in a shorter time than comparable healthcare systems.

So, despite the challenges we’re facing today – the pain of NHS, economic and social recovery and the risks of leaving the EU – we must not lose sight of the future and what we have learned to do differently, better and faster that will help prepare us for the opportunities and tasks ahead.

However, as ever, the devil will be in the detail.

Industry has become accustomed to commitments that never quite materialise, so we have a job on our hands to press the importance of these changes to support an increasingly fragile sector in the UK as we recover from the pandemic and absorb the impacts of Brexit.

To this end, EMIG is near to publishing a White Paper, ‘Better Research – Better Outcomes’, the product of an Editorial Board comprising a range of prominent stakeholders, which will outline the changes needed in our ecosystem to enhance our industry, our economy and the people who matter the most – the patients who need our technologies.

Individually, the efforts announced to date from the MHRA, NICE and NHSE&I would be positive but, in concert, could be transformational for our country! It is our job, as industry, to remind Government of the importance of a thriving life sciences sector.

Leslie Galloway is chairman of the Ethical Medicines Industry Group 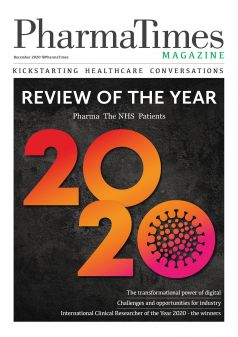