Epilepsy and inclusion in society

Why are 66% of people living with epilepsy out of work?

In the UK, 1 in 100 people have epilepsy, with 87 new cases being diagnosed each and every day.1 It is a common neurological condition – and yet, people living with epilepsy are less likely to be in work than general population, according to the Office for National Statistics.2 They are also generally paid less than most people without epilepsy,3 and at 66%, the unemployment rate for people with epilepsy is lower than people with most other disabilities.2 Just as shocking is that, according to research by the Trade Union Congress, those who are employed are paid 11.8% less than non-disabled workers.3

Data provided by Epilepsy Action and a new UK survey from Angelini Pharma expose some of the clear discrimination people living with epilepsy face. Employment opportunities are just one factor – the reality is that there are a number of barriers in place which could prevent people living with epilepsy from feeling included within society. As people working within healthcare, it is our responsibility to remove these barriers and provide better opportunities.

Speaking specifically on employment, Daniel Jennings, senior policy and campaigns officer at Epilepsy Action, notes how people living with epilepsy “can encounter a number of challenges in the workplace, such as concern about disclosing their condition, how colleagues may react to seizures or factors that trigger a seizure.

“This is often unintentional and the result of some employers not fully understanding the condition or the needs of staff with epilepsy. To ensure the workplace is more inclusive for those with epilepsy, it is important that health and safety policies take epilepsy into account or training is given to other employees on how to behave in the event of a seizure. Even small adjustments in the workplace can make a huge difference for people with epilepsy and allow them to remain in work.”

These sentiments were well reflected in Angelini Pharma’s latest survey4, which aimed to shed some light on the difficulties people living with epilepsy face in various aspects of their daily life.

Amongst people living with epilepsy, 38% of respondents would be afraid of losing their job and 30% afraid to tell colleagues, compared to 18% afraid to tell family or 26% afraid to tell friends. It is clear that stigma exists around the condition – and those who live with it often feel that they cannot articulate some of the difficulties they face to their employer.

A lack of understanding – are misconceptions around epilepsy the route of the problem?

It could be suggested that many of the difficulties faced by people living with epilepsy in the UK stem from a lack of awareness around the condition. Unlike many disabilities, the vast majority of people are aware of epilepsy (as many as 93% expressed knowledge of the condition in Angelini Pharma’s survey4).

However, the survey also revealed a large gap in knowledge around seizures. Misconceptions around epilepsy often arise as a result of assumptions that people form around the condition, or from inaccurate depictions in the media. It has been demonstrated that 73% of people in the UK believe epilepsy is characterised by just one symptom – convulsions.4

This exposes a clear gap in knowledge and demonstrates the extent of misinformation around the condition. In addition, 59% believed that people with epilepsy cannot drive a car4 – something which is permitted under specific circumstances5 and could have direct ramifications on potential employment opportunities.

These misconceptions may lead to people living with epilepsy being considered incapable or ‘at risk’ when applying for certain positions – making integration within society all the more difficult.

Misunderstanding around the condition also extends beyond seizures. According to Epilepsy Action, one third of people said that epilepsy does not impact on a person’s mental health, and one in four people (23%) thought that epilepsy had no impact on a person’s life, aside from having seizures.6 Research indicates that people living with epilepsy are more likely to develop depression.7

It is through this data that we begin to see a disconnect within society – and further findings expose the stark reality. 52% of people said that they would feel afraid if they witnessed someone having a seizure6 – a statistic which suggests the need for more education around epilepsy and seizures.

Transforming attitudes – how can we ensure better understanding of epilepsy amongst the general public?

They found that half of people living with epilepsy wished that people knew that the impact of their condition went far beyond seizures, while one in five (20%) said their biggest wish was for better awareness that there are many different seizure types.

Other hopes included more understanding that not all seizures are triggered by flashing lights and that epilepsy is a fluctuating condition which can affect them in different ways.8

It is through addressing these areas directly, and ensuring better education amongst the general public, that we can achieve better inclusivity for people living with epilepsy. This requires a multi-stakeholder approach – healthcare professionals, patient organisations, pharmaceutical companies and policymakers must devise new initiatives and support more effective education pieces to ensure better public understanding around the condition.

“The findings of the Angelini Pharma survey suggest that not only is there a need to improve awareness of epilepsy in the UK, but more must be done to ensure people with epilepsy feel more included in society” commented Stuart Mulheron, general manager UK & Ireland, Angelini. “We are committed to find new solutions that support people with epilepsy in the UK, through our research and innovation and working closely with the medical and patient associations.” 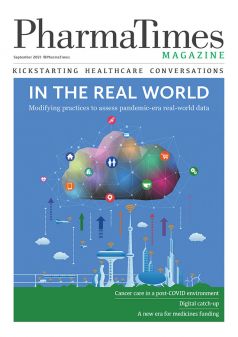