Rare diseases have long been an individual and systematic burden in the United States, with an estimated 7,000 – 10,000 different conditions affecting 30 million people and costing nearly a trillion dollars in direct and indirect healthcare expenditures.

Within this category, rare inherited bleeding disorders (for example, deficiencies of fibrinogen, factors II, V, VII, X, XI and XIII) are individually discovered among one in 500,000 to one in 2 million people. Often, the diagnosis of these disorders is delayed and significant morbidity and mortality results. One of the most critical coagulation factors is factor X, due to its major role in facilitating the coagulation cascade and ensuring a balance between bleeding and blood clotting.

Meanwhile, hereditary factor X deficiency (HFXD) occurs in approximately one in 1,000,000 individuals and may result in nose bleeds, debilitating joint pain, menorrhagia and excessive bleeding after surgical procedures, or – in more severe cases – life-threatening bleeding situations such as intracranial haemorrhages and gastrointestinal bleeding.

Check out the rest of this feature here 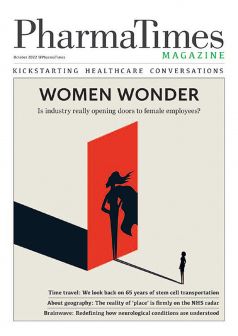