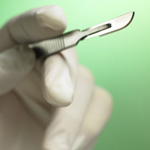 The Department of Health, the Ministry of Defence, University Hospitals Birmingham and University of Birmingham are investing £20 million in a new initiative that aims to improve and equalise the care of trauma patients in England.

The idea is to facilitate the sharing of innovation in medical research and advanced clinical practice on the battlefield so that the National Health Service can benefit from the most cutting edge treatment at an early stage of injury.

The initiative will see the establishment of a new unit - the National Institute of Health Research Centre for Surgical Reconstruction and Microbiology - within the Queen Elizabeth Hospital in Birmingham, which currently treats all injured soldiers coming from the frontline in Afghanistan, and research efforts will primarily focus on challenges such as effective resuscitation techniques, surgical care following multiple injuries or amputation, and the treatment of wound infections.

The latest advances in trauma care are not always shared across the NHS, and so it is envisaged that the NIHR centre - the first in the UK to focus on both military and civilian care - will form a central point in England for trauma research to help translate the latest knowledge into clinical improvements in care, the government said. Professor Sir Keith Porter, the UK’s only Professor of Clinical Traumatology, will oversee operations as interim chair of the centre.

Commenting on the partnership, health secretary Andrew Lansley said the investment "will help to strengthen the response of health and emergency services to major disasters such as road traffic accidents and terrorist attacks in the future," and that it should position the NHS as a leader in trauma care.

And defence minister for Defence Personnel, Welfare and Veterans Andrew Robathan said he is proud of his department's involvement in the new NIHR Centre, "which will allow us to develop new techniques to treat our soldiers fighting in Afghanistan and allow military surgeons to share our skills and knowledge with the NHS".

Life sciences funding on the rise

Meanwhile, on the private side it looks like the life sciences industry in the UK enjoyed somewhat of a funding boost last year.

Following a largely stagnant couple of years in 2008 and 2009 as recession fears continued to bite, last year saw a 62% leap in investment in UK life sciences companies to $475 million, according to research from not-for-profit business network OBN.

The group's chief executive Jon Rees noted that even taking Archimedes recent $100 million financing out of the picture there was still overall funding growth of 30%, which,"taken together with what we see on the ground in an upsurge of recruitment, and increases in R&D spending, we are seeing a new dawn for the maturing UK life sciences industry which will I believe generate a significant opportunities for investors during 2011”.