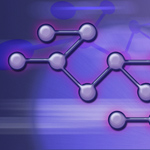 A team of scientists at the Institute for Cancer Research (ICR) has become the first to benefit from a cash pot dished out by the £50 million Cancer Research Technology (CRT) Pioneer Fund.

The Fund - created by CRT, Cancer Research UK's commercial arm, and the European Investment Fund (EIF) - was set up to help plug the gap in financial backing of discovery and early-stage cancer projects, to help fuel the development of novel therapies in the UK.

The team at the ICR is targeting the protein family MPS1, which is responsible for sorting out cell division. Faults in these proteins can cause faults in cell division, and studies have already shown that MPS1 is present in high levels in many different forms of cancer.

Given that high levels of these proteins have also been linked to increased genetic instability in tumours, MPS1 is considered an attractive target for anticancer drug discovery, according CR UK.

Specific financial details - including the amount of cash handed out - have been not been disclosed.

But Robert James, managing partner of fund managers Sixth Element Capital, told PharmaTimes UK that the finance will help to pay for the recruitment of more staff to help staff advance the project more quickly.

And if a promising candidate is discovered, the Fund will invest further to help support clinical trials, he said.

Under the structure of the Fund, the investment made will be recouped through milestone-based royalties on any products that make it to market, a CR UK spokesperson confirmed to PharmaTimes UK News.

"This type of funding is absolutely essential to bridge the innovation gap so that patients can benefit quickly from the range of promising new molecularly targeted cancer drugs that we are discovering for personalised medicine,” noted Professor Paul Workman, deputy chief executive of the ICR and director of its CR UK Cancer Therapeutics Unit.

"Without this vital investment, development of these promising compounds might have been delayed for years," added Keith Blundy, chief executive of CRT.