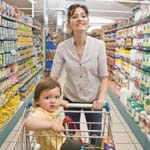 By 2007-8, half of Americans were using at least one or more prescription drugs and one out of 10 used five or more, according to data from the Centers for Disease Control and Prevention (CDC)’s National Health and Nutrition Examination Survey.

The CDC analysis looks at the period from 1999 to 2008, during which time, it finds, the percentage of Americans who were taking at least one prescription drug in the past month increased from 44% to 48%. The use of two or more drugs had increased from 25% to 31% and the use of five or more drugs rose from 6% to 11%.

Moreover, people whose health insurance included a prescription drug benefit were 22% more likely to use prescribed medicines than those who did not have this benefit.

The most commonly-used types of prescription drugs during the period were: asthma medicines for children (age 0-11); central nervous system stimulants for adolescents (age 12-19); antidepressants for middle-aged adults (age 20-59); and cholesterol-lowering and high blood pressure drugs for older people (age 60 and over). “These patterns reflect the main chronic diseases common at these ages, but may also likely reflect more aggressive treatments for chronic medical conditions such as high cholesterol and high blood pressure as recommended in the updated clinical guidelines,” says the study.

US spending on prescription drugs totaled $234.1 billion in 2008, more than double what was spent in 1999. As new drugs are introduced and new uses for old drugs are found, more patients can have improved health and quality of life with the appropriate use of prescription drugs, says the CDC.

The finding that almost 40% of older US citizens had used five or more prescription drugs in the past month probably reflects the need to treat the many diseases that commonly occur in this age group, it says, but adds, “excessive prescribing or polypharmacy is also an acknowledged safety risk for older Americans, and a continuing challenge that may contribute to adverse drug events, medication compliance issues and increased health care costs.”