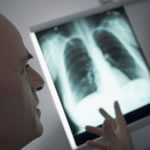 The Department of Health has pledged £750 million to shake up cancer services and secure earlier diagnosis rates in a move it hopes will save 5,000 lives by 2015 and place England on a more level footing with many of its European peers.

While aspects of the cancer plan - such as the £200 million a year Cancer Drugs Fund, which aims to improve access to novel therapies whether they have been approved by an NHS cost regulator or not, and plans for improving cervical and bowel cancer screening programmes - have trickled into the public domain over the last few months, there are new elements to the strategy which have, on the whole, been received positively.

Perhaps the key theme of Improving Outcomes – A Strategy for Cancer is to achieve much faster detection of cancers in order to improve treatment outcomes, but, broadly speaking, the proposals also aim to get people living healthier lives to reduce the number of preventable cancers, as well as ensure that patients receive the best possible treatment, care and support to give them the best chance of recovery.

“Our ambition is simple, to deliver survival rates among the best in Europe and this strategy outlines how we will make our first steps towards this," said Health Secretary Andrew Lansley, announced the plans.

Crucially, the government has set aside £450 million to secure earlier diagnosis rates for patients, money which will be used to give GPs better access to diagnostic tests and enable more testing - such as chest x-rays and MRI scans - as well as treatment in secondary care out of the hospital setting. These funds will also be used to support Public Health England in promoting screening and raising awareness of the signs and symptoms of cancer.

Extra cash will be used to increase the use of radiotherapy, a potentially effective form of treatment that is widely recognised as being under-utilised in this country due to lack of clinical and financial resources.

Other proposals include supporting cancer research through providing £4.7 million funding from this month for five years for a policy research unit on cancer awareness, screening and early diagnosis; improving information, both for patients and commissioners; and promoting the uptake of the latest surgical procedures and reducing regional variation in access to treatment, the government said.

Harpal Kumar, chief executive of Cancer Research UK, has welcomed the new commitment to deliver survival rates among the best in Europe. "Diagnosing cancer earlier will be the key driver in achieving these aims, and the additional investment made available for this is critical," he said, but stressed that the government must ensure "that this new investment flows through and is quickly taken up by frontline services".

Jo Webber, deputy policy director of the NHS Confederation, agrees that the stronger emphasis on early diagnosis is crucial in improving cancer survival rates in England, and she stressed that "the contribution of GPs in referring early is absolutely vital, as is getting the commissioning right so that the right patients get the right tests and treatment at the right time".

But she also called for clarification "of where the funding required to deliver this strategy will come from", as the health service "is facing real financial challenges and important strategies like this need to be properly resourced if they are to be effective”.

Ciarán Devane, Chief Executive, Macmillan Cancer Support, also expressed disappointment that the strategy "is not clear on how GPs will get the substantial support they need in order to commission cancer services under the radically restructured NHS".

The commissioning support already available through England's 28 Cancer Networks - collectives of organisations and clinicians who are key to cancer care within a specific geographic area - "has only had its funding secured for one more year [and] there is no indication of what support will be available after this point," he noted, and warned that, "without the expert support such as that Cancer Networks provide, GPs will find it impossible to do their new role".