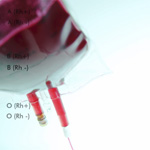 Acceleron Pharma and Celgene Corp have unveiled positive mid-stage data at the American Society of Hematology meeting in San Francisco on two compounds - luspatercept and sotatercept - which are being developed to target rare blood disorders.

Phase II data on luspatercept (ACE-536), which like sotatercept is part of a new class of drugs called activin receptor proteins, was presented, evaluating the drug as a treatment for beta-thalassemia. Luspatercept increased haemoglobin levels, reduced transfusion burden and improved measures of iron overload and also two out of two patients who presented with persistent leg ulcers, a complication of beta-thalassemia, experienced rapid healing.

Both drugs for MDS and beta-thalassemia

Presenting the data at ASH, Uwe Platzbecker of the University Hospital in Dresden noted that luspatercept, as well as sotatercept “may be useful early in the treatment of lower-risk MDS patients, either as the initial treatment for anemia or in patients who do not respond or become refractory to treatment with erythropoiesis-stimulating agents (ESAs)”. He added that they are "very well-tolerated and therefore have the potential to benefit many MDS patients”.

So the companies have got two shots on goal in both areas. Steve Ertel, chief business officer at Acceleron, told PharmaTimes that “our plan with Celgene has been to study luspatercept and sotatercept in Phase II studies for MDS and beta-thalassemia “and select the optimal molecule between these two to take forward into Phase III trials. Sotatercept alone is in ongoing trials in chronic kidney disease.

The ASH data has got investors excited in both firms and Accleron’s stock has soared.