Actelion figures hold up but Tracleer sales under threat 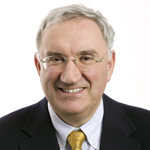 Actelion has posted figures for the first half of 2011 which suffered due to the strength of the Swiss currency and increasing competition to its pulmonary arterial hypertension blockbuster Tracleer.

Actelion, whose shareholders rejected an attempt by dissident backer Elliott Advisors to oust the management in May, noted that Tracleer is continuing to well in Japan, Europe and emerging markets but a rival PAH product, Gilead Sciences' Letairis (ambrisentan) is selling well in the USA. The latter's growth was boosted in March by the Food and Drug Administration's decision to approve a change to the label that removes a warning about potential liver injury, and Otto Schwarz, chief operating officer at Actelion, said that while "it is difficult to estimate the full impact of the label change at this time [it] will affect sales growth moving forward".

As for the Allschwil-based group’s other products, sales of Ventavis (iloprost), an inhaled therapy for the treatment of PAH, fell 3.6% to 59.7 million francs. Turnover of Zavesca (miglustat), for patients with Gaucher disease for whom enzyme replacement therapy is not a therapeutic option, was down 3.1% to 34.7 million francs.

Chief executive Jean-Paul Clozel (pictured) said Actelion has "delivered a solid commercial performance", especially given "a highly challenging environment for our industry globally and for Swiss companies more specifically due to strong negative currency headwinds". He added that in the coming weeks, results of the Phase II study with ponesimod in multiple sclerosis will be due, followed by Phase II data on macitentan in idiopathic pulmonary fibrosis (IPF).

These results are "eagerly anticipated", Dr Clozel noted, because in addition to determining the future development path of macitentan in IPF, it will generate additional safety and tolerability data at the 10mg dose, ahead of the conclusion of a Phase III study with macitentan, ie next-generation Tracleer in PAH. Data from the latter is now expected in the first few months of next year.

The CEO also noted that by the end of the year, the company should  have study results of olesoxime - conducted by France's Trophos - as a treatment for amyotrophic lateral sclerosis, also known as Lou Gehrig's disease. This data will then determine whether Actelion exercises its option to acquire the privately-held, Marseille-based firm, a deal which could end up costing 195 million euros.

Chief financial officer Andrew Oakley noted that Actelion's profitability has also been negatively impacted by taking a $577 million provision to cover damages in connection with its legal tussle in the USA with Japan's Asahi Kasei Pharma Corp over the heart disease drug fasudil. An appeal is planned, but if the judgment remains, the company will likely record an operating loss for the full year, he said.

Actelion to post losses over Asahi Kasei provision
Elliott fails in bid to change board at Actelion
http://www.actelion.com
Tweets by @PharmaTimes