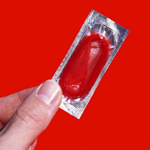 But delving deeper into the figures has shown that the rise was much higher in women (374% rise) than in men (202% rise).

“We don’t fully understand the reason for the difference between men and women, but we do know HPV and smoking are strong risk factors for the disease," said Cancer Research UK’s head of statistics Nick Ormiston-Smith.

"Changes in sexual attitudes mean people are increasingly exposed to the virus. We’re not suggesting people take a vow of celibacy, but HPV vaccination, using a condom and being a non-smoker can all help to reduce the risk," added Jessica Kirby, the charity's senior health information manager.