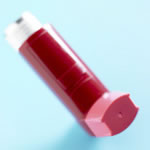 The cost watchdog for England and Wales has confirmed that it does not believe Novartis’ asthma drug represents value for money as a treatment for children.

In its latest draft guidance, the National Institute for Health and Clinical Excellence says it “remains unable to recommend” Xolair (omalizumab) for the treatment of severe persistent allergic asthma in children aged 6-11 years. It says the decision was reached after “evidence highlighted little extra benefit compared with existing treatments, for children in this age group”.

Gillian Leng, NICE deputy chief executive, said Xolair demonstrates no proven reduction in hospitalisation rates, accident and emergency visits, unscheduled doctor visits or total emergency visits for children in this age group. NICE’s Independent Appraisal Committee found that omalizumab “is only useful in reducing the rate of clinically significant exacerbations for children who had had three or more exacerbations per year”, she added.

Dr Leng said “we are unable to recommend that NHS funds be diverted to a treatment with such high costs which only provides very limited benefits for patients.” Xolair costs £256.15 for a 150-mg vial (excluding VAT).

She went on to note that the Committee did consider comments received during consultation that “not recommending omalizumab in this age group is unfair because NICE recommends it under specific circumstances for children aged 12 years and above”.

The draft guidance is now with consultees who have the opportunity to appeal and a final decision is expected in September. However NICE’s stance has been criticised.

The Scottish Medicines Consortium has already approved Xolair for under 12s and Mike Thomas, chief medical adviser to the charity Asthma UK, said “patients will once again be faced with a treatment postcode lottery”. He added that for parents of children with severe asthma aged 6-11 who have already trialled Xolair “and had their lives transformed, this news will come as a massive blow”.

Dr Thomas concluded that it is vital children do not have the treatment withdrawn as a result of the NICE decision, “as this would be completely unjust”. The charity said it will continue “to fight for omalizumab to be made available to people of all ages with severe asthma throughout the UK”.