AstraZeneca gets Brilinta boost in the USA 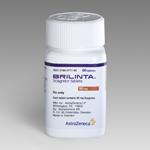 AstraZeneca's bid to push up market share of its new antiplatelet drug  Brilinta has been helped by a recommendation from the influential American College of Chest Physicians.

Specifically, the ACCP has updated its guidelines on antithrombotic therapy and prevention of thrombosis to include a recommendation for giving Brilinta (ticagrelor) tablets with low-dose aspirin to patients who suffer from acute coronary syndrome (ACS). AstraZeneca notes that this is the first time that clinical treatment guidelines in the USA have specifically suggested use of the drug over Sanofi's blockbuster Plavix (clopidogrel).

Alex Gold, head of clinical development for Brilinta, known elsewhere as Brilique, said the ACCP recommendation is recognition of the clinical benefits of the drug demonstrated in the PLATO trial, which established the superiority of ticagrelor over clopidogrel. He added that “in the months since US Food and Drug Administration approval [in July], Brilinta has become an important treatment option for patients with ACS".

Brilinta is now included in seven sets of cardiovascular treatment guidelines by leading medical organisations across the world: two in Europe, four in the USA and one in Canada. It has been approved in 65 countries and is currently being reimbursed in 21 of them.

Brilinta had fourth-quarter sales of just $5 million, but speaking at the Anglo-Swedish drugmaker's annual press conference in London earlier this month, Tony Zook, head of global commercial operations, explained that "regulatory approval is only the first step in the process" and reimbursement, formulary acceptance and adoption on hospital protocols takes a long time.

He added that "we are farthest down this track in Germany", where the drug is on protocol in 70% of the firm's 1,000 target hospitals."Our US launch is probably where Germany was six months ago," Mr Zook noted.