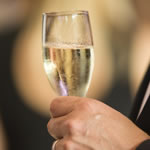 BioCity Scotland is celebrating its first anniversary as a bioscience business incubator after MSD decided to close the 18 acre pharmaceutical research facility in Newhouse 12 months ago.

Since the official opening, BioCity Scotland, mid-way between Glasgow and Edinburgh, has started to populate the laboratories and offices by attracting start-up tenants, university spin-outs and more established bioscience companies. To date, 11 companies have joined.

BioCity Scotland managing director Fraser Black said: “It has been a privilege to take up the management reins from the initial launch team whose work laid the foundations for a thriving bioscience business environment. The results speak for themselves, and the vision of building a centre that places Scotland as a global leader in life sciences innovation is clearly coming to fruition. Further progress will be made as we continue to build links with our leading research universities, enter discussions with corporate investors and venture funds, and attract the very best high growth company bio-entrepreneurs.”

One of the earliest companies on site was stem cell services company Pharmacells, whose work is being applied to tackling diseases such as osteo-arthritis, cosmetic anti-aging, diabetes and soft tissue and cartilage repair and renewal.

Pharmacells chief executive Athol Haas said: “We were delighted to be able to relocate our stem cell banking service to the fantastic facilities provided by BioCity at Newhouse. Access to these world class facilities has allowed Pharmacells to develop our Oristem and Thallocell products and to open new markets within regenerative medicine.”

The formation of BioCity Scotland occurred when MSD “gifted” its former research facility for the development as a life sciences cluster following the drug giant’s announcement in July 2010 that its operations at Newhouse would be phased out as part of a global restructuring programme resulting from the merger between Merck & Co and Schering-Plough.