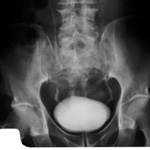 A new paper has been published drawing attention "to the urgent need to address the enormous, yet largely ignored, burden" that bladder cancer places on individuals and society.

Published in European Urology, the paper notes that the disease has the highest lifetime treatment costs per patient of all cancers and the direct medical costs in the UK are £65 million. As the seventh most common cancer in the UK, bladder cancer accounts for one in 30 new cases of cancer each year, yet outcomes "have changed little for three decades, despite significant improvements in the five-year survival rates for prostate and kidney cancers during this same period".

The analysis notes that deaths from the disease (14 people per day) remain higher in England than other European countries with similar incidence rates and survival is worsening. Furthermore, just 238 randomised controlled trials were published for bladder cancer between 1995 and 2010 and the paper notes that "there is a clear and urgent need for the development of new drugs".

Richard Bryan of the University of Birmingham and an advisor to the UK charity Action on Bladder Cancer, and co-author of an editorial on the paper, said it demonstrates "the huge costs associated with the diagnosis and management of bladder cancer, the large variations in practice worldwide, and the significant gaps in our knowledge". He went on to lament funding problems (just 0.6% of National Cancer Research Institute spending in the UK goes on the disease) "and the poor awareness of bladder cancer amongst the general public and the non-urologic scientific community".