BLOG: The Internet of Things: say what? 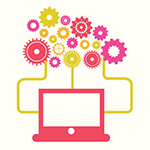 The Internet of Things, or IoT as it is known. It sounds intriguing, ambiguous and, dare I say, romantic? Perhaps just me! But the idea of the IoT is the trend in digital that I get most excited about, and a trend that, in the eyes of the Cisco CEO John Chambers, “will have five to ten times the impact on society as the internet itself”!

At the recent Mobile World Congress in Barcelona, the IoT was the trend that generated the most chatter, with 3,697 mentions, followed closely by another hot topic ‘wearables’ with 2,191. And it’s a market that is expected to “be bigger than the smartphone, tablet, and PC markets combined”, according to a recent article from @businessinsider.

So what is the IoT? And how will it affect pharma?

To find out, read the new PharmaTimes TechnoBlog written by Matt Lowe (@teammjl), head of digital at Creston Health, here.