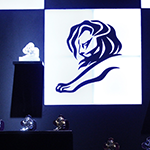 Lions Health, the new global annual awards for creative excellence in healthcare communications, has picked its winners from over 1,400 entries at an event in Cannes.

The jury issued 55 awards and Dentsu Nagoya, Japan, took home the first ever Health & Wellness Grand Prix for their entry ‘Mother Book’ for Kishokai Medical Corporation. Overall a total of eight gold, 19 silver and 26 bronze Health Lions were given. Brazil took home the most trophies, closely followed by the UK and then Australia. The pharma jury decided not to award a Grand Prix in their category.

Also awarded was the United Nations Foundation Grand Prix for Good which honours the most outstanding entry for a not-for-profit client. The dedicated jury which included Kathy Calvin, president of the UN Foundation gave the accolade to Leo Burnett Colombia for ‘Cancertweets’ created for the League Against Cancer.

Ms Calvin said the inaugural honour goes to a campaign “that used the power of social media in new and unexpected ways to teach people to recognise potential symptoms of cancer and seek treatment while the disease is treatable”. She added that “Cancer Tweets prompted online engagements that sparked offline conversations and action among consumers to take ownership of their own health and wellbeing. As the media and creative landscapes continue to evolve, we are all challenged to find fresh approaches to shape conversations that change lives for the better.”

Kathy Delaney, global chief creative office for Saatchi & Saatchi Wellness and the pharma jury president, said that for the first-ever Lions Health, “we wanted to set the bar high for creativity in the global healthcare community. It was inspiring to see so many unique perspectives and fresh ideas in the body of work”.

Jeremy Perrott, global creative director at McCann Health and a health & wellness jury president, said: “It’s fair to say that the work being made in healthcare communications has come a long way in the last four years and is now being recognised as being worthy of major international industry shows. Lions Health have listened to the industry and have understood what we wanted and provided a platform for us to sit alongside the best consumer work in the world.

Two special awards were also given, the Lions Health Network of the Year which went to Leo Burnett and the Lions Health Agency of the year awarded to Langland Windsor. Louise Benson, festival director of Lions Health, said the Cannes event, “the first of its kind…has given the healthcare communications industry an event to call their own”. She added that it has “offered insights and learning through a line-up of outstanding global speakers along with an invaluable two days of networking and discussion”.