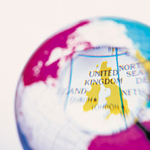 Unless the government provides the full £200 million which it has pledged for the Cancer Drugs Fund, 3,600 patients will be denied treatment, ministers have been warned.

Health Minister Earl Howe said recently that while £200 million a year remained the government’s “aspirational” figure for the Cancer Drugs Fund, the actual amount would depend on the outcome of the Spending Review in October.

However, a new report from the Rarer Cancers Foundation (RCF) calls on the Treasury to deliver in full on the government’s promise to provide £200 million a year for the Fund.

The RCF also notes that there is “uncertainty” about the exact level of costs associated with making available every cancer treatment which clinicians wish to prescribe, with estimates ranging from £175 million to £330 million per year, but adds that the lower figure is believed to be the most realistic estimate.

Among the 25 recommendations made in the Foundation report aimed at improving access to cancer drugs and delivering better value for money for the NHS are that: - the Cancer Drugs Fund should be used as a pilot for value based pricing, ensuring that the price paid by the NHS for cancer treatments better reflects the value they deliver to the NHS; - the Fund should be administered on a national basis, reducing bureaucracy and minimising postcode prescribing; and that – manufacturers should be required to negotiate a commercially-confidential cost cap, limiting the total amount they can earn from the NHS for a particular treatment. The cost cap should be calculated using the potential size of the eligible patient population, the listed unit price of the treatment, clinical effectiveness and the extent to which the treatment addresses an unmet need, says thereport.

Meantime, an editorial in the current issue of The Lancet has condemned the Fund as a “triumph of political expediency over rationality,” and warns that instead of representing a victory for patient groups as some believe, it is in fact “the product of political opportunism and intellectual incoherence.”

The editorial dismisses government assurances that the Fund will not undermine the National Institute for Health and Clinical Excellence (NICE), claiming that it will not only do just that but also undermine “the entire concept of a rational and evidence-based approach to the allocation of finite health care resources.”

The Fund will reduce incentives for drug manufacturers to engage in mutually beneficial and innovative initiatives such as the risk-sharing scheme for multiple myeloma involving Velcade (bortezomib), says the editorial, which adds that emergency funds for dementia and MS drugs as well as cancer will “presumably” be announced in due course, as “anything else would be intellectually indefensible.”